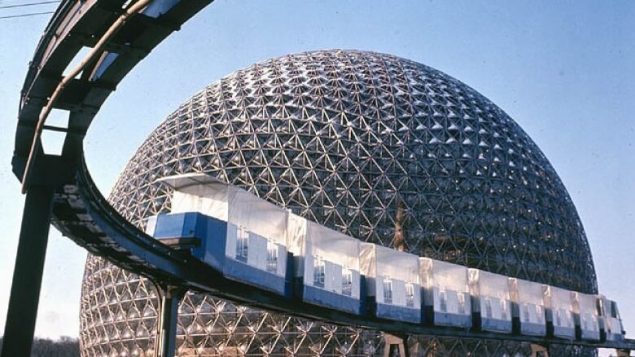 The Montreal Biosphere began its life as the United States Pavilion during Expo 67. Designed by architect Buckminster Fuller, the geodesic dome is now home to an environmental museum. (Library and Archives Canada)

Montreal’s Biosphere, once the toast of the town, gets a new lease on life

She’s seen a few sides of life now–the geodesic dome created by Buckminster Fuller to serve as the U.S. Pavillion at the 1967 world’s fair in Montreal, known as Expo 67.

It was a world’s fair anyone who was there will likely not forget–good enough to pull some international focus from U.S. civil rights fights, anti-Vietnam War protests around the world and what came to be known as The Summer of Love.

Fuller’s dome ruled the roost at that fair--majestically standing at the top of the glorious architectual bizarre that was Expo 67.

And it was likely her beauty that helped her survive the brilliant theatrical designer Sean Kenny’s Gyrotron ride that snaked through the pavilion–a ride that even Kenny, if he were alive today, would likely admit did not come close to the attraction about which he dreamed.

When the fair closed, the Biosphere played host to exhibitions and works of art in theme-based gardens. 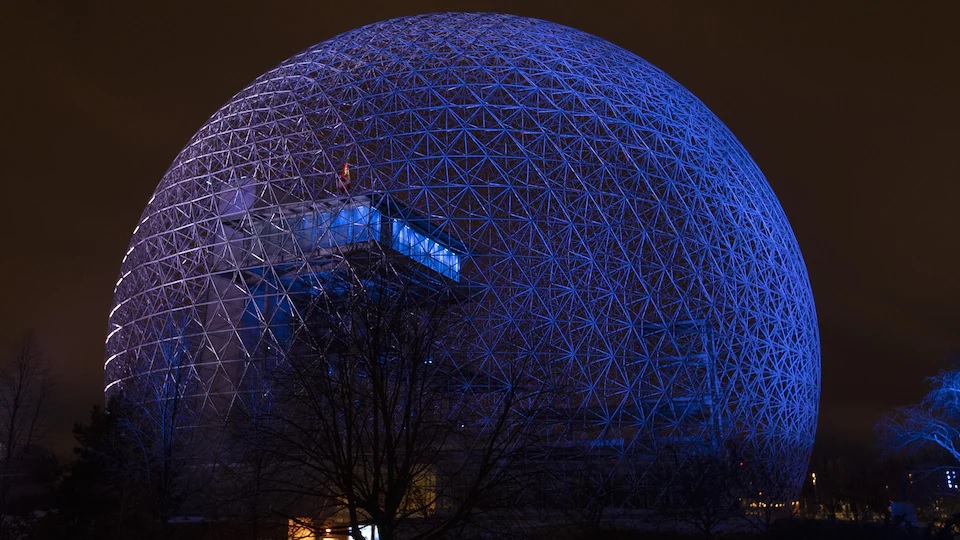 The Montreal Biosphere, the only the museum in North America dedicated to the environment, appears to have won funding that will keep it going for–at least–the next five years. (RADIO-CANADA /Ivanoh Demers)

But on the afternoon of May 20, 1976, during structural renovations, a fire burned away the building’s transparent acrylic bubble.

The hard steel truss structure remained and the dome survived–barely–only to lay fallow and mostly forgotten until 1990 when, according to Wikipedia, the federal department Environment Canada purchased the site for $17.5 million to turn it into an interactive museum showcasing and exploring the water ecosystems of the Great Lakes–Saint Lawrence River regions.

The museum–a set of enclosed buildings designed by Éric Gauthier, inside the original steel skeleton–was inaugurated in 1995.

It changed its name to The Biosphere, Environmental Museum in 2007 and now serves as the only museum in North America dedicated to the environment.

After its lease expired in 2019, Ottawa extended it on an emergency basis, as everybody looked for the money to keep it going.

According to Julien Arsenault of The Canadian Press, the solution has been found. 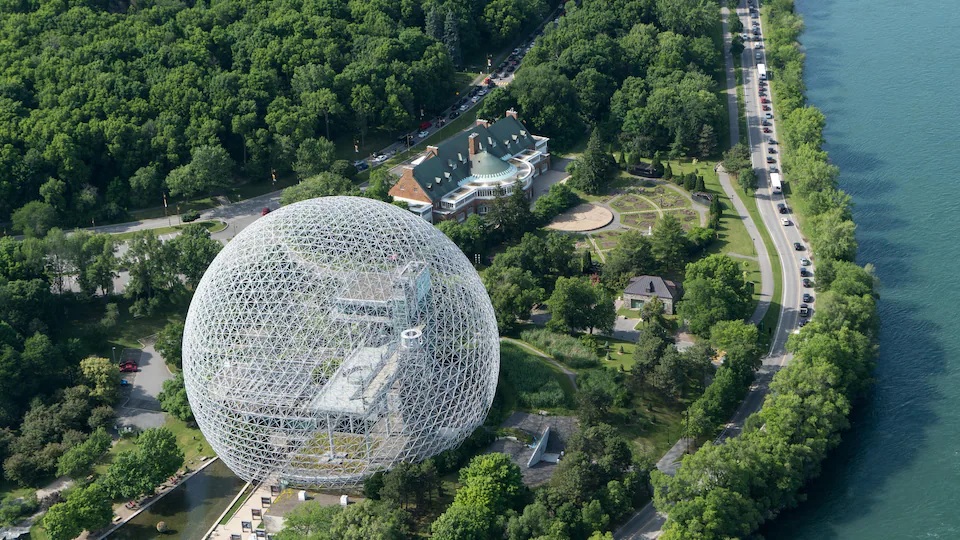 The Biosphere is located on Île Sainte-Hélène, in Parc Jean-Drapeau. Most believe it was the architectural crown jewel of the Expo 67 world’s fair. (iStock)

Following what Arsenault describes as “long and arduous negotiations and several years of uncertainty,” Ottawa, Quebec and Montreal announced Monday that they will each contribute $15 million over the next five years to help relaunch the museum’s activities.

“It was about time we did something, if I may say so,” Montreal mayor Valérie Plante said Monday during a videoconference with federal heritage minister Steven Guilbault and Quebec environment minister Benoit Charette.

Arsenault reports that Espace pour la vie, a municipal organization that already oversees the activities of the Biodôme, the Insectarium, the botanical garden and the Rio Tinto Alcan Planetarium, will also be responsible for the Biosphere.

According to Arsenault, one third of the overall amount, or about $15 million, will be used for renovations and other repairs deemed necessary, as well as the Biosphere’s planned reopening this summer.

The remainder of the funding will be used to support the operating budget of the only museum in North America dedicated to the environment.

“The idea is to enhance and showcase the full potential of the Biosphere and its exhibits in connection with the ecological transition,” Plante said.

“We’re talking about renewing the exhibitions and (putting together) a strategy to bring in tourists and young people.”

The building is currently closed because of the pandemic, but it very much seems that Mr. Fuller’s dome is back in fashion–at least for the next five years.

She’s already proven she can take a punch.

With files from The Canadian Press (Julien Arsenault)