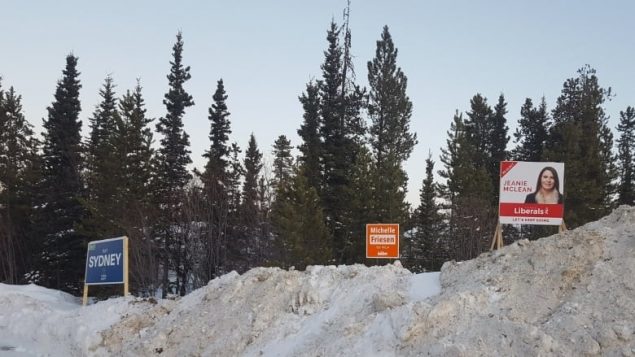 Yukon is sorting through a VERY close election

Voters went to the polls in Yukon on Monday in an election that appears to be as close as it gets.

With 10 seats needed to form a majority government in the 19-seat legislature, the Liberal Party and the Yukon Party were tied with the same number of seats.

With all of the votes counted but yet to be certified, each had eight.

The New Democratic Party had two seats and–it would very much appear–will hold the balance of power.

One seat is still to be decided. 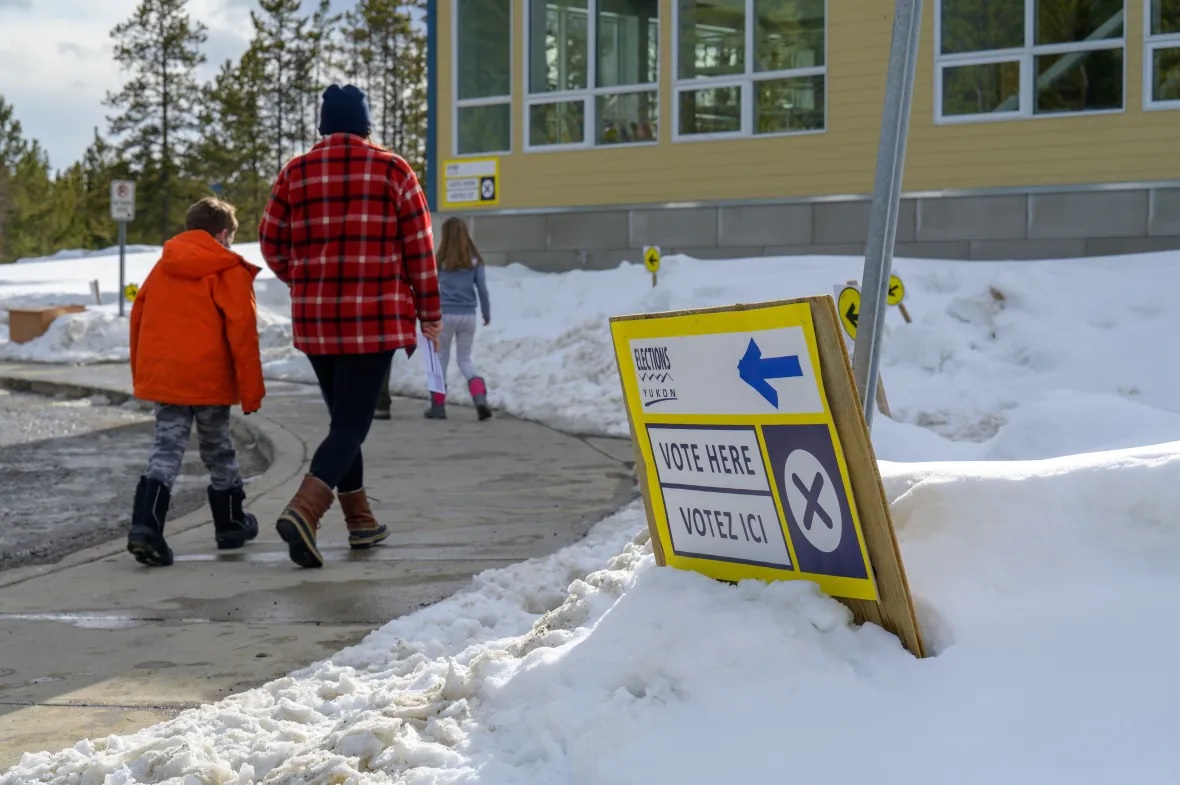 A voter and children arrive at a Whitehorse polling station during Yukon’s election on Monday. (THE CANADIAN PRESS/Mark Kelly)

That’s in the riding of Vuntut Gwitchin where Liberal incumbent Pauline Frost and NDP challenger Annie Blake were both projected to win 78 votes–a tie that will trigger an automatic recount after vote counts are certified today.

Elections Yukon said the recount is scheduled to be held on Thursday.

According to Yukon’s Elections Act, if the race is still tied after a recount, a winner is determined by the drawing of lots. 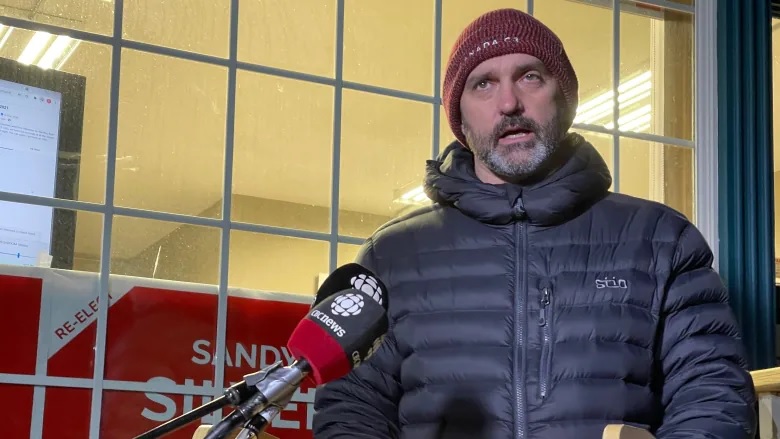 Liberal Leader Sandy Silver speaks to supporters after an election night that saw the size of his caucus shrink after his suprise majority victory in 2016. (CBC/Julien Gignac)

A subdued Liberal Leader Sandy Silver, who entered the campaign hoping to build on his party’s 2016 surprise majority victory that ended 14 years of Yukon Party rule, called the vote an “interesting result” but declined to say more until the Vuntut Gwitchin vote is certified.

“Until we know the results of Old Crow [in the Vuntut Gwitchin riding], it’s a hard speech to be making really,” he said Monday night at a news conference in Dawson City.

Speaking at his campaign headquarters in Whitehorse and noting that Silver’s Liberals will have the first opportunity to form a government, Yukon Party leader Currie Dixon agreed. 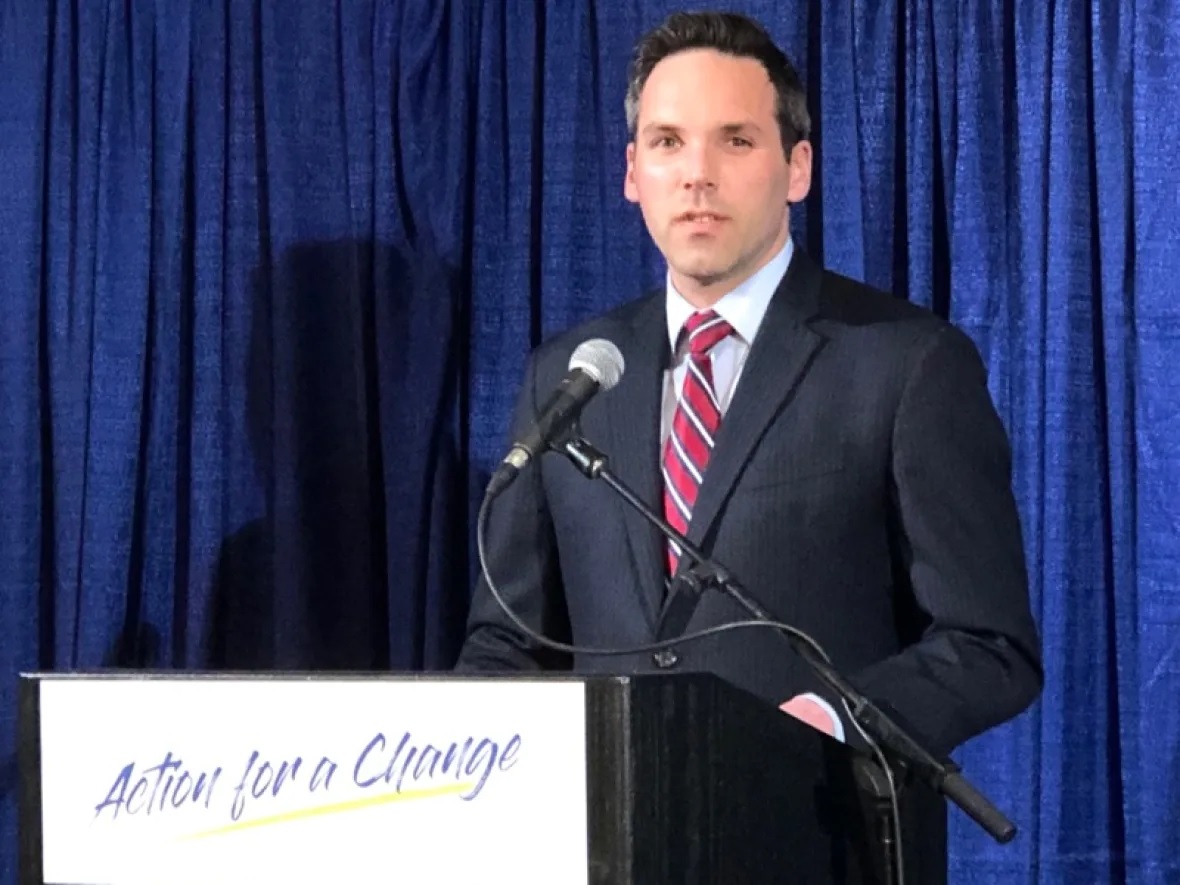 “The tie result in Vuntut Gwitchin creates a considerable degree of uncertainty,” he said. “Until we see the results of that tie break, we will have to remain interested in the final outcome.”

Like Dixon, White was leading her party through an election for the first time. 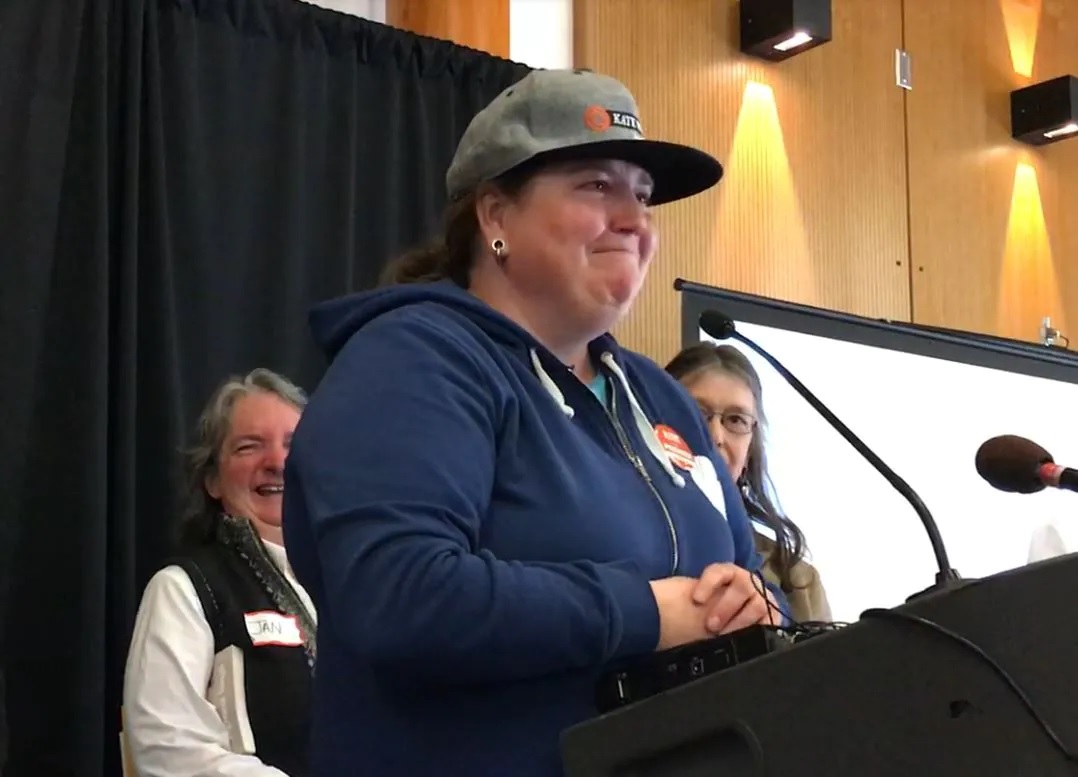 She was hoping the NDP could rebound from 2016 when it went from Official Opposition to third-party status in the legislature after winning just two seats–down from six.

Chief electoral officer Max Harvey has said that, with the territory’s growing population, there were almost 4,500 to 5,000 more electors than in 2016. In that year, 18,840 Yukoners cast a ballot, representing a turnout of about 76.4 per cent, according to a report by the CBC’s Paul Tukker.

Unofficial results from Monday showed that 19,001 Yukoners voted this year, a turnout of about 80.9 per cent. 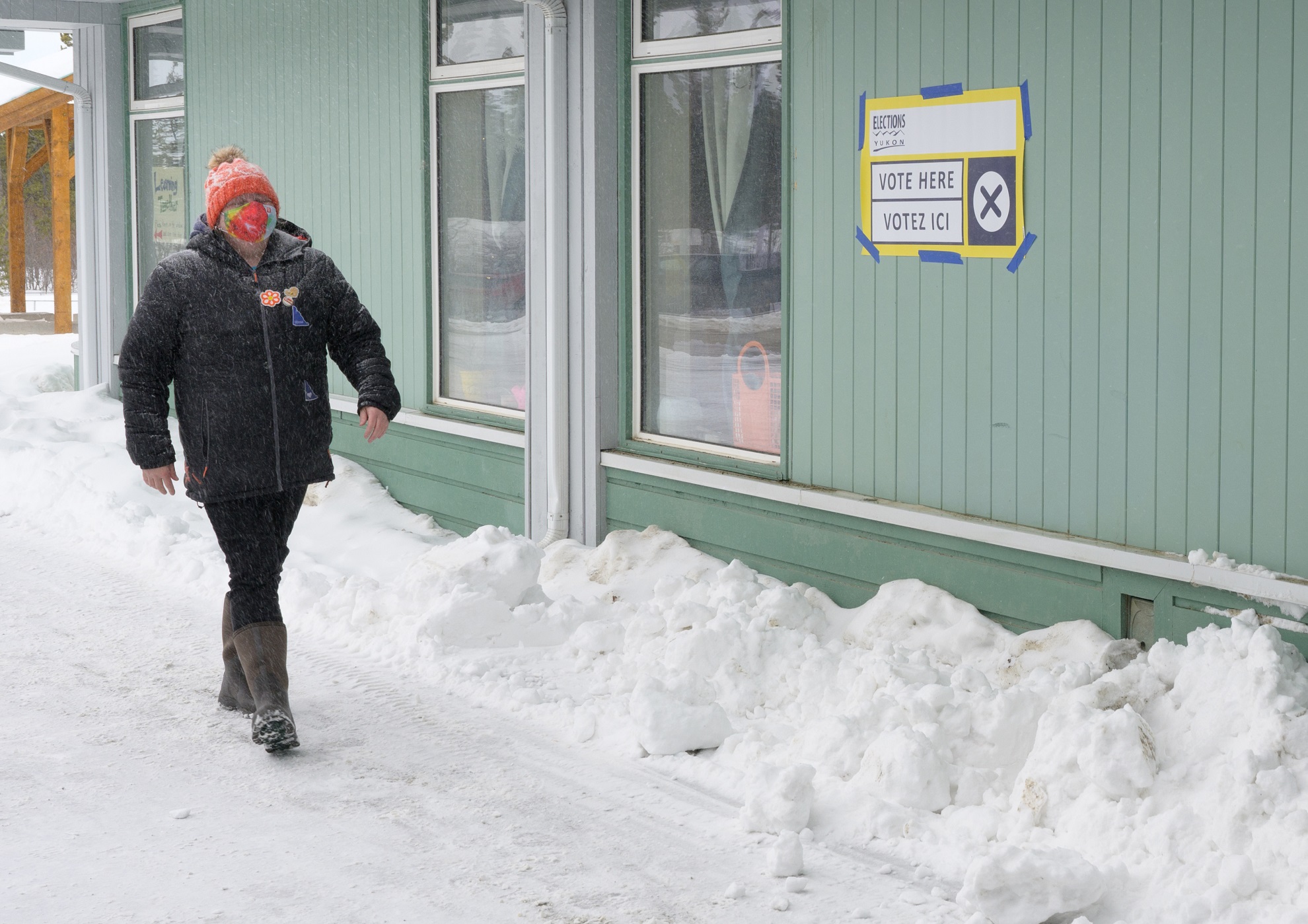 NDP Leader Kate White walks to a Whitehorse polling station during the Yukon election on Monday. It appears her party will hold the balance of power in the next sitting of the territory’s legislature. (THE CANADIAN PRESS/Mark Kelly)

This year, a total of 7,668 Yukon electors either cast their vote in advance polls last weekend or were issued a special ballot, up from 6,251 in 2016, Tukker reported, citing Elections Yukon.

Prior to the vote, opposition politicians had questioned the need to hold an election during the COVID-19  pandemic, as Yukon worked through a vaccination rollout.

It will now be left to pundits, politicians and political scientists to hash over just how much Silver’s decision to hold the vote affected the final result, but it sure went against the grain. 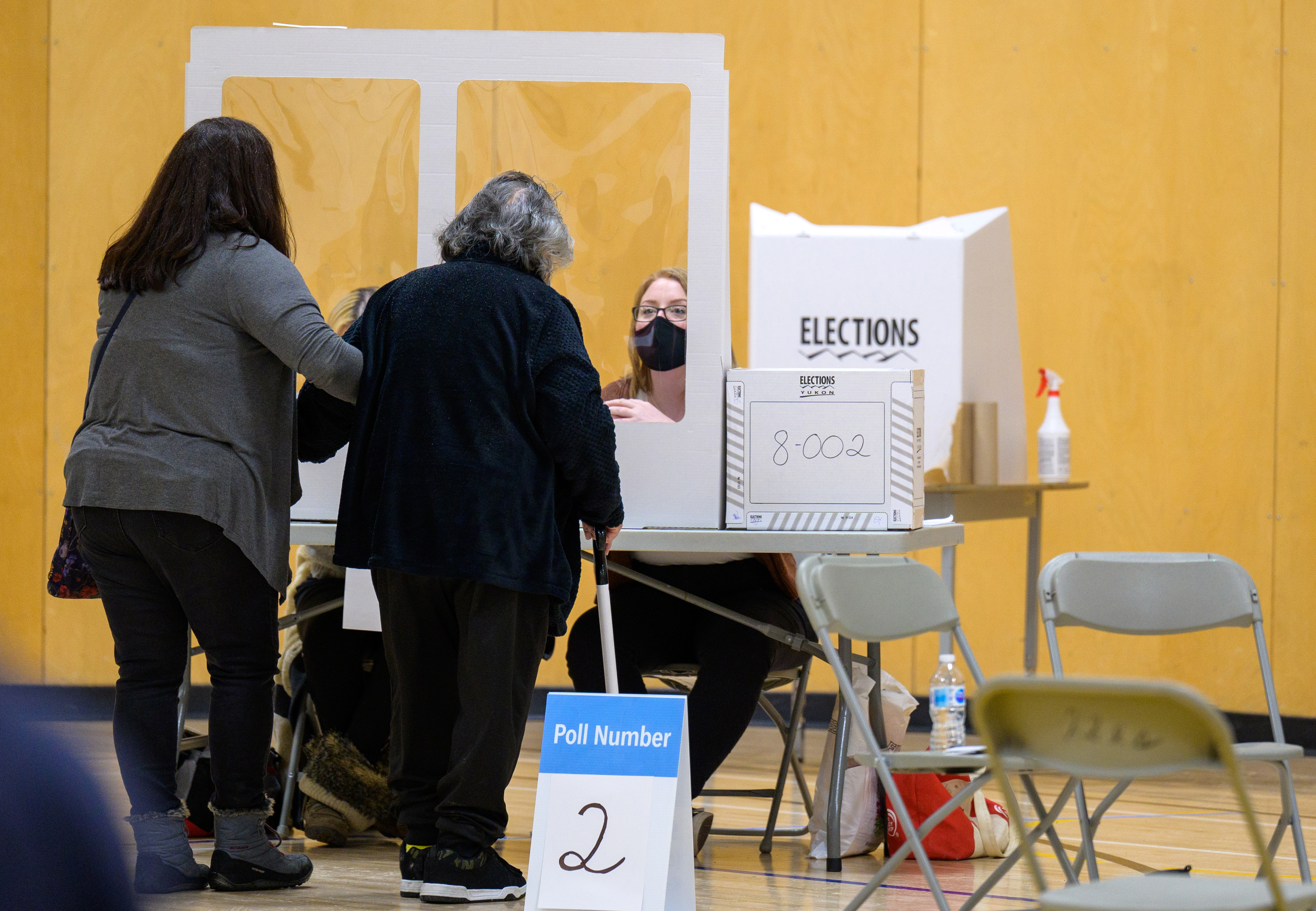 Voters are pictured at a Whitehorse polling station on Monday. (THE CANADIAN PRESS/Mark Kelly)

Fact: Monday’s race was the first of five elections in Canada during the pandemic (New Brunswick, Newfoundland and Labrador, Saskatchewan and British Columbia) that didn’t result in a majority win for the governing party.

Fact: The only previous time the Liberals held power in Yukon was in 2000 when they won 10 seats.

Two years later, they were voted out, winning just one seat.