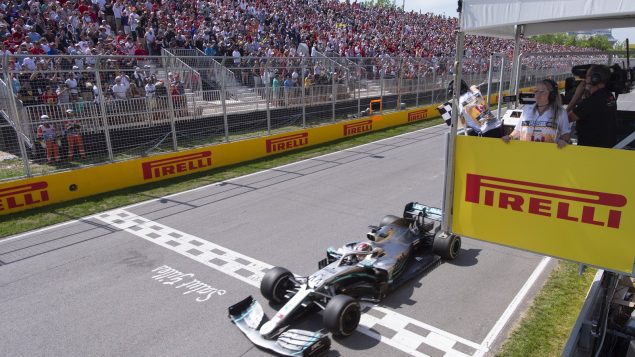 Worried about the potential spread of COVID-19, Montreal public health authorities say they are “categorically opposed” to holding the Canadian Grand Prix in the city this summer, Radio-Canada reported Thursday.

Earlier this week, Radio-Canada reported that provincial health authorities in Quebec would allow the event to take place under certain conditions, but it appears that municipal health authorities have concluded the risk of holding the iconic race is too high even behind closed doors and without spectators.

Formula One officials had also appealed to various levels of government to invest $6 million to compensate race organizers for the lack of spectators at the event which usually attracts thousands of tourists from around the world.

F1 officials were also asking to bypass Canada’s mandatory 14-day quarantine for the hundreds of staff, crew members and drivers flying in from Baku, Azerbaijan, where a race is scheduled the weekend before.

In a letter to Prime Minister Justin Trudeau obtained by Radio-Canada, F1 group president Stefano Domenicali had outlined the measures put in place to prevent outbreaks of COVID-19 throughout the season.

F1 officials had also proposed creating a bubble, where the members of different teams would stay in hotels, use private transportation and be tested regularly.

However, there are still concerns that they would be in constant contact with hundreds of volunteers who would be outside the bubble.

Last year, authorities cancelled the Canadian Grand Prix due to the pandemic.

CORRECTION:
A previous version of this story stated that the Canadian Grand Prix is cancelled, based on a report by Radio-Canada. In fact, Radio-Canada is now reporting the race’s future is uncertain and Montreal public health is recommending that it not take place.
With files from Radio-Canada and CBC News
Categories: Society, Sports
Tags: Canadian Grand Prix, COVID-19, formula one, pandemic