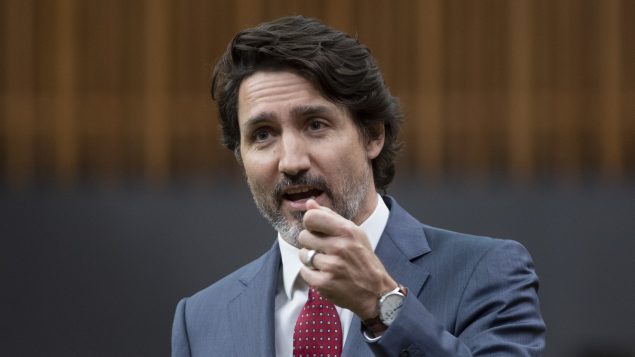 Prime Minister Justin Trudeau is promising Canada will reduce greenhouse gas emissions by 40 to 45 per cent below 2005 levels by 2030.

Speaking at the virtual climate summit of world leaders convened by United States President Joe Biden, Trudeau said Canada “is now on track to blow past” its old target of a 30-per-cent reduction below 2005 levels initially agreed to under the Paris Agreement.

With today’s more ambitious commitment, Canada is forecasting its GHG emissions will drop from 732 megatonnes to at least 439 megatonnes by the end of this decade.

“And we will continually strengthen our plan and take even more actions on our journey to net-zero by 2050,” Trudeau said.

He conceded it may be tough for Canada, a major energy producer, to cut emissions so deeply, but he said all countries must rise to the challenge.

“If major economies in the room were to follow Canada’s lead and adopt a rising price on pollution and commit to phase out coal plants, we would accelerate our global path for a safe, prosperous net-zero future,” Trudeau said in a short address. 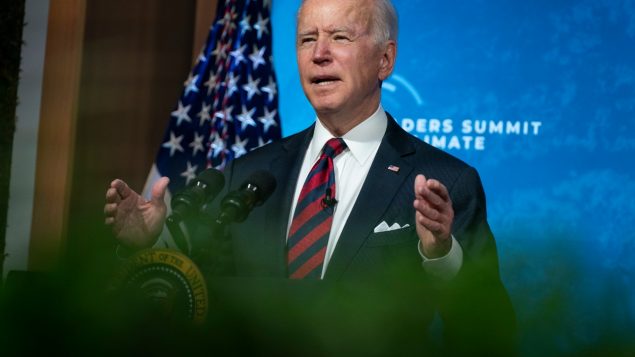 President Joe Biden speaks to the virtual Leaders Summit on Climate, from the East Room of the White House, Thursday, Apr. 22, 2021, in Washington. (Evan Vucci/AP Photo)

Biden pledged to cut U.S. fossil fuel emissions up to 52 per cent by 2030, marking a return by the U.S. to global climate efforts after four years of withdrawal under President Donald Trump.

Japan, a heavy user of coal, announced its own new 46 per cent emissions reduction target Thursday as the U.S. and its allies sought to build momentum through the summit.

The summit of 40 world leaders also drew commitments from Chinese President Xi Jinping and Russian President Vladimir Putin to cooperate on cutting emissions despite their own sharp rivalries with the United States.

The new urgency comes as scientists say that climate change caused by coal plants, car engines and other fossil fuel use is already worsening droughts, floods, hurricanes, wildfires and other disasters and that humans are running out of time to stave off the most catastrophic extremes of global warming.

“After more than five years in office, the Trudeau government is still incapable of proposing a target as ambitious as that of Joe Biden, who took office just three months ago,” Keith Stewart, a senior energy strategist with Greenpeace Canada said in a statement Thursday.

With files from The Canadian Press, The Associated Press