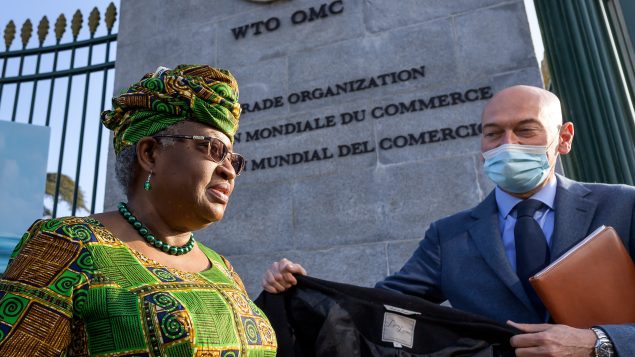 The new head of the World Trade Organization Ngozi Okonjo-Iweala, left, said on March 1, 2021 that ‘vaccine inequity’ demonstrates the need for developing nations to be able to make vaccines. Rich countries are opposing a suspension of intellectual property rules that limit vaccine production to a few companies.(Fabrice Coffrini/Pool/Keystone via AP, FIle)

The People’s Vaccine Alliance says that COVID-19 vaccine-makers Pfizer, Johnson & Johnson and AstraZeneca have paid out $26 billion in dividends and stock buybacks to their shareholders in the past year. It calculates that this would be enough to fund the vaccination of the entire population of Africa.

The alliance says that one of the reasons these companies have made large  profits is because of intellectual property rules that restrict the production of their products to them alone. Many countries and individuals have argued these rules should be lifted so that other companies could rapidly scale up production of vaccines around the world.

‘Vaccine apartheid is not a natural phenomenon but the result of governments stepping back and allowing corporations to call the shots,” said  Oxfam Health Policy Manager Anna Marriott. “Instead of creating new vaccine billionaires we need to be vaccinating billions in developing countries. It is appalling that Big Pharma is making huge pay-outs to wealthy shareholders in the face of this global health emergency.” 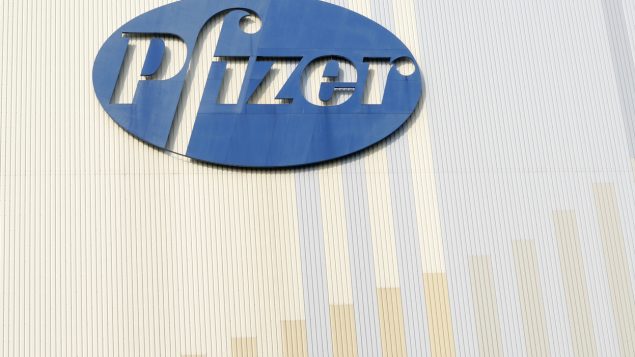 Vaccine makers like Pfizer and Johnson & Johnson have paid out billions to shareholders and strongly oppose any suspension of the intellectual property rules that give them the exclusive right to to produce their vaccines. (iStock)

More than 100 low- and middle income nations, led by India and South Africa, have asked the World Trade Organization (WTO) to waive the vaccine makers’ intellectual property protections. In April 2021, 175 former heads of state and Nobel Prize winners wrote to U.S. President Joe Biden to support such a waiver. The move has so far been opposed by the U.S., EU and other rich countries. The government of Canada has failed to take a stand on the issue of suspending intellectual property rules. As late as today, its official statements was: “Canada is committed to finding consensus-based solutions to any IP (intellectual property) related challenges experienced by WTO Members. Canada is also working with other WTO Members to clarify any trade-related barriers in this area, as well as supporting the WTO Director General’s efforts to enhance the WTO’s role in global dialogue with the pharmaceutical sector to accelerate global vaccine production and distribution.”

“These vaccines were funded by public money and are desperately needed worldwide if we are to end this pandemic,” said Heidi Chow, Senior Campaigns and Policy Manager at Global Justice Now. “It’s morally bankrupt for rich country leaders to allow a small group of corporations to keep the vaccine technology and know-how under lock and key while selling their limited doses to the highest bidder.” Chow added.

The alliance says that one in four citizens of rich countries have had a vaccine, while one in 500 have in poorer countries. It also says that  Moderna has so far allotted 97 per cent of its vaccines to wealthy countries and Pfizer 85 per cent. 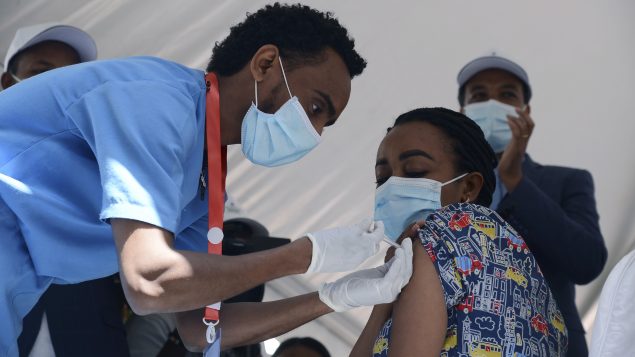 Only one person in 500 has received a vaccination in poorer countries, while in richer nations, one in four has. (Samuel Habitat/AP Photo)

‘We need a people’s vaccine, not a profit vaccine’

Several of the pharmaceutical companies have shareholders’ meetings beginning on April 22, 2021. The alliance says there will be protests outside meetings in the U.S. and UK while investors at the meetings present resolutions to expand vaccine access.

“This is a public health emergency, not a private profit opportunity,” said Marriott. “We should not be letting corporations decide who lives and who dies while boosting their profits. We need a people’s vaccine, not a profit vaccine.”

The People’s Vaccine Alliance describes itself as “a  movement of health, humanitarian and human rights organizations, past and present world leaders, health experts, faith leaders and economists advocating that COVID-19 vaccines are manufactured rapidly and at scale, as global common goods, free of intellectual property protections and made available to all people, in all countries, free of charge.”