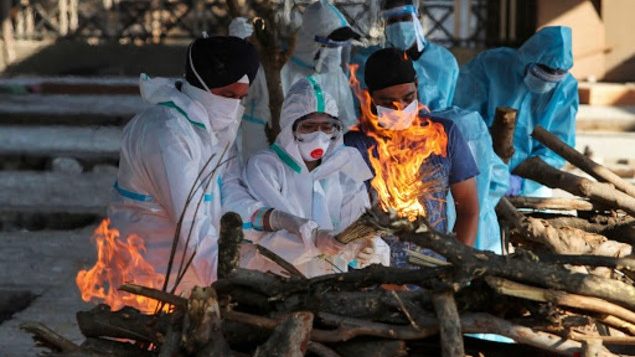 Family members of a person who died due to COVID-19 light the funeral pyre at a crematorium in Jammu, India, Monday, April 26, 2021. (AP Photo/Channi Anand)

The leaders of the Conservative Party of Canada and the federal New Democratic Party (NDP) are in favour of supporting India by sending personal protective equipment (PPE) and other supplies as the country deals with a rising number of new COVID-19 infections.

“Yes I do support helping our friends in India with ventilators, with equipment if we can. Clearly the absence of oxygen supplies for the country being ravaged by the variant there is something we should do,” Conservative Leader Erin O’Toole said on Monday. 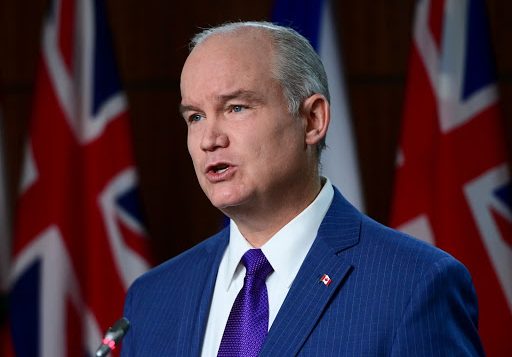 Conservative leader Erin O’Toole holds a press conference on Parliament Hill in Ottawa on Monday, April 26, 2021. O’Toole that he supports helping India with ventilators and other equipment. (The Canadian Press/Sean Kilpatrick)

The NDP Leader Jagmeet Singh said that Canada should do whatever it can to support countries around the world that are struggling.

“This is a global pandemic and it’s really showed how much we’re connected. If there is an outbreak in any part of the world, it impacts all of us,” Singh said in a news conference on Monday. “We absolutely need to help other countries around the world and right now India is going through a horrible situation. It is catastrophic.” 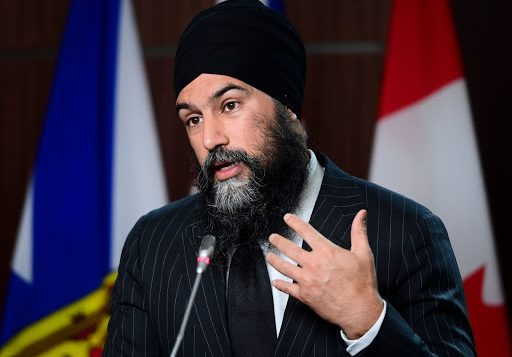 NDP Leader Jagmeet Singh holds a press conference on Parliament Hill in Ottawa on Monday, April 26, 2021. Singh said that Canada should do whatever it can to support countries around the world that are struggling. (The Canadian Press/Sean Kilpatrick)

Last week, Anita Anand, Canada’s minister of procurement, said that Canada has been in touch with India and already discussed a number of options in order to assist India with its outbreak.

“We will stand ready with PPE and ventilators, and any items that might be useful for the government of India,” Anand said during a news conference last Friday. “I, of course, have a personal connection with that country but on the broader level, when we see a country in need in that regard, we do stand ready.”

New COVID-19 infections have been surging in India, and its health system has been struggling to keep up with the new infections.

According to data from the World Health Organization, on Monday, the country reported 352,991 new cases and 2,812 deaths. In total, India has reported over 17 million confirmed cases of COVID-19 and 195,123 deaths.

With files from Radio Canada International