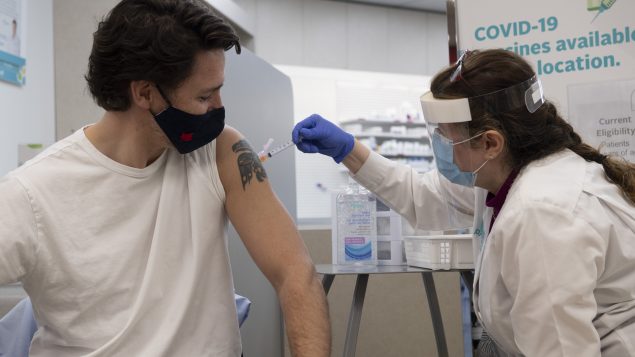 Despite some earlier vaccine rollout hiccups and a handful of reports of potentially fatal blood clotting side effects, the Canadians’ confidence in the Oxford-AstraZeneca vaccine has grown over recent weeks, according to a new Angus Reid Institute poll.

Among Canadians willing but yet to be vaccinated, 52 per cent now say that they are comfortable receiving the AstraZeneca shot. This represents an 11-point increase in comfort levels in just two weeks.

The bad news for Canadian public health officials is that after a pause of the Johnson & Johnson vaccine in the United States due to concerns about similar rare side effects, comfort levels with that vaccine brand have dipped 16 points, the poll found. This comes as Canada is expected to begin to receive 300,000 doses of Johnson & Johnson single-dose vaccine in the coming weeks.

The poll results also come as the Biden administration announced Monday that the U.S. will begin sharing its entire stock of AstraZeneca COVID-19 vaccines with the world once it clears federal safety reviews.

U.S. President Joe Biden had mentioned last week that his administration is looking at sending more shots of AstraZeneca to Canada and Mexico in addition to the four million doses it loaned its two neighbours in late March.

Canada’s drug regulator, Health Canada, approved AstraZeneca’s COVID-19 vaccine for use in Canadians aged 18 and over in late March.

The vaccine is now available to those 40 years of age and older in a number of provinces and Canada’s National Advisory Committee on Immunizations (NACI) says the AstraZeneca shot can now be offered to people 30 years old and up. But despite this recommendation, many provinces say they don’t have enough vaccines for this age group.

On the positive side for reaching herd immunity in Canada, 71 per cent of Canadians have either had their first dose of COVID-19 vaccine or would like to be inoculated as soon as possible. This proportion has increased steadily for four straight months, the poll found.