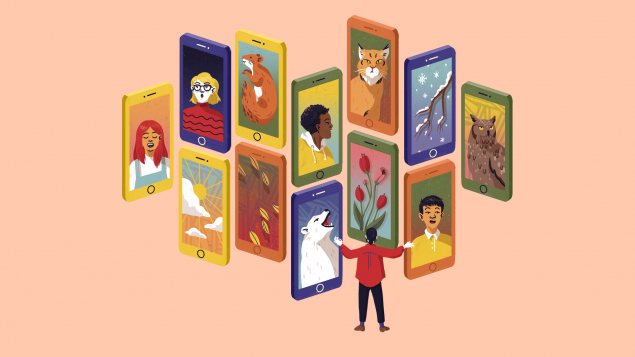 Chant boréal is a project to involve children in virtual choirs based on animals that live in Canada’s boreal forest. (Geneviève Bigué)

Virtual choirs for children will focus on animals

Children across Canada are invited to take part in a “musical adventure” in the form of virtual choirs based on an original creation about animals. The piece is called Chant boréal which translates as Boreal Song, boreal referring to the sub-arctic ecosystems in Canada.  Chant boréal  was composed by François-Hugues Leclair to accompany a text by Serge Bouchard about animals of the boreal forest.

Children may learn pieces that they choose from four canons about the red squirrel, the lynx, the owl and the polar bear. They can film themselves and the submissions will be edited into a large virtual choir that will be broadcast on the web.

A dance component is planned involving choreographies designed by Barbara Diabo of the Kahnawake Mohawk First Nation. She specializes in traditional and contemporary Indigenous dance. 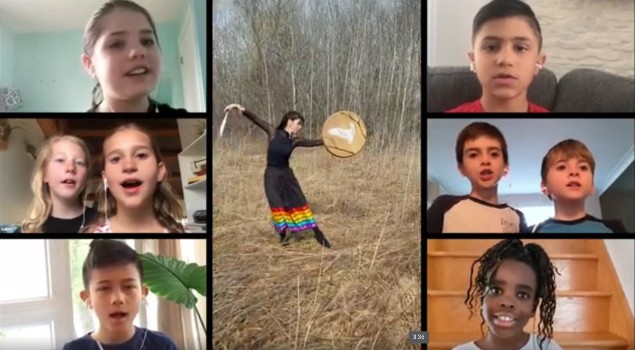 The ‘Grands espaces’ virtual choir was created in 2020 and was accompanied by Indigenous dance. The new Chant boréal is a continuation of that project.(Société de musique contemporaine du Québec)

Music inspired by personalities of the animals

The project seeks to “give students the joy of learning more about the fauna inhabiting our northern lands.”  The music is inspired by the personalities of the animals.  “This can be translated musically in different ways, whether by melody, tempo or instruments,” said Leclair. “For example, a leap of an octave will represent the leaping squirrel, while more contemplative music will illustrate the slow rhythm of the polar bear.”

Making up for pandemic restrictions

It is hoped that this project can give back to students some of what they have lost due to pandemic restrictions. “We know that this past year music classes were deprived of singing and gathering, so we have come up with this fantastic project where young people can unite their voices in song … and create a beautiful memory to end the year well,” said Claire Cavanagh, Director of Communications and Education at the Société de musique contemporaine du Québec.

This is an organization that is dedicated to contemporary music and promoting the work of composers. Its youth program reaches more than 200 schools and 40,000 students across Canada through workshops, concerts and activities.