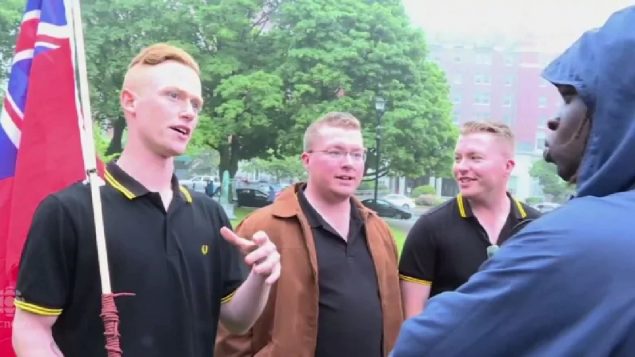 The Proud Boys movement in Canada gained its first national attention on July 1, 2017 when five members wearing the Fred Perry black and gold striped polo shirts and carrying a Red Ensign flag, briefly interrupted an Indigenous protest against a statue of Edward Cornwallis, founder of Halifax The encounter was short, and non violent, but with media present, it brought the group into national attention, especially when the five men were (later identified as reservist members in the Canadian Forces (Anjuli Patil/CBC)

The Proud Boys movement, widely labelled as a far-right group, says the Canadian organisation has ceased to exist.

The notice of the dissolution comes after the Canadian government labelled the group as a terrorist entity,and added the group in February to its list of banned extremist organisations which include the Taliban, Boko Haram, Hezbollah, Blood and Honour (new Nazi) and others. 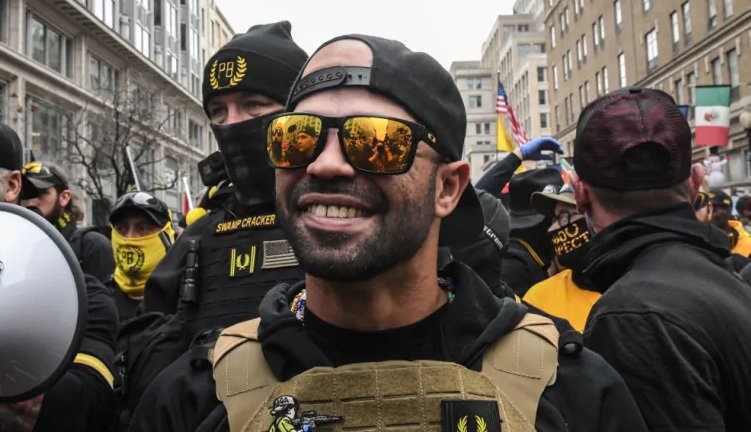 Enrique Tarrio, leader of the Proud Boys, seen during a protest on December 12, 2020 in Washington, DC. along with hundreds of protesters who refuse to accept that President-elect Joe Biden won the election. Several members of the Proud Boys were later charged in the deadly attack on the U.S Capitol in January (Stephanie Keith/Getty Images)

The statement said in part, “The truth is, we were never terrorists or a white supremacy group. We are electricians, carpenters, financial advisors, mechanics, etc. More than that, we are fathers, brothers, uncles and sons.”

It also said the Canadian movement had become ” a political tool of the ruling elite to further their authoritarian agenda” while another statement added that anyone now seen walking around in Fred Perry designed polo shirts and Proud Boy gear are simply posers to the organization. 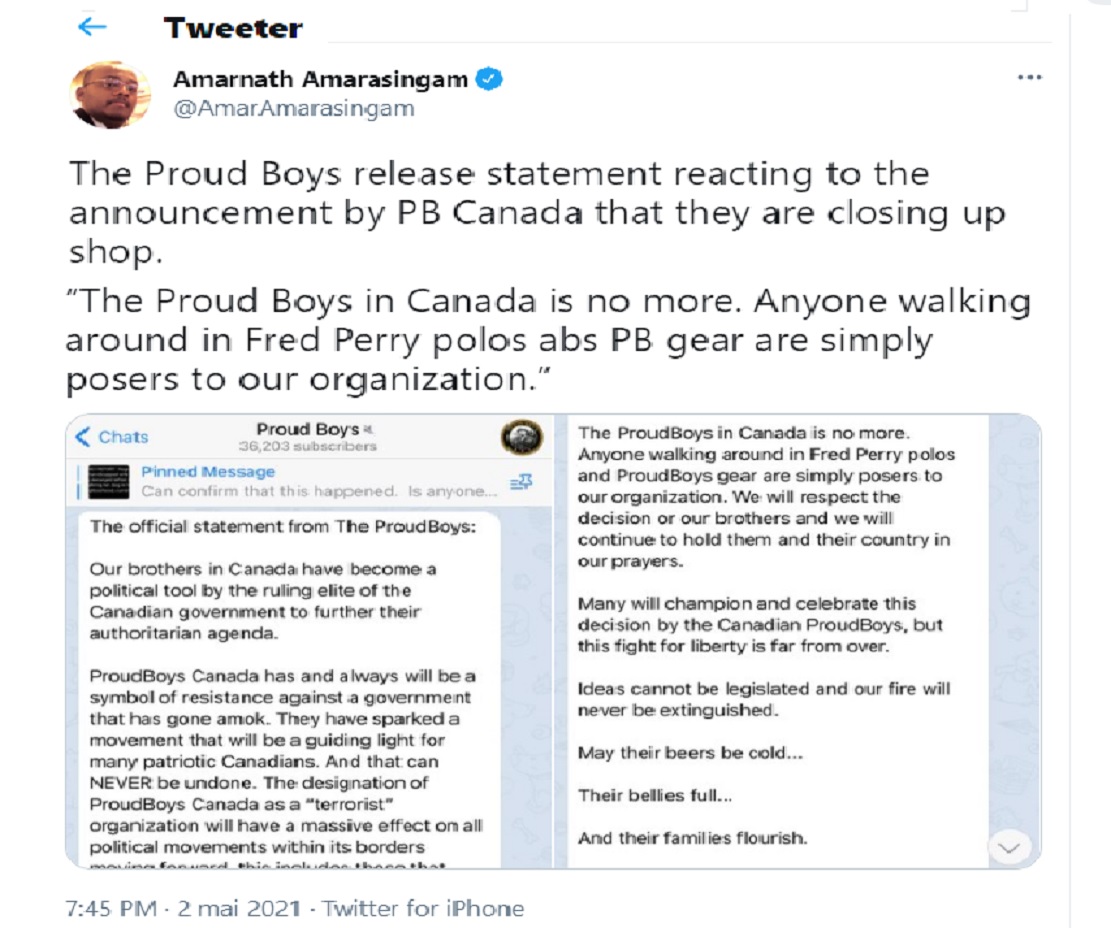 The group was originally founded by Canadian  in 2016 by Gavin McInnes who lives in the U.S..as a movement opposed to what it said was the growing tide of political correctness and constraints against masculinity.

The movement is now headed by American Emilio Torres after McInnes distanced himself from the group in 2017.

Following the attack on the U.S Capitol in Washington in January in which several American Proud Boys members took part and have been charged, Canada’s public safety minister said in February that security agencies in Canada had become increasingly concerned about the group in Canada,

The group has said it would have liked to challenge the official terrorist designation but lacked funds for a legal battle.