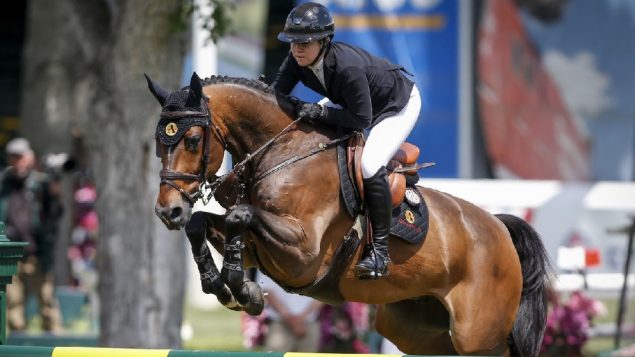 Canada's Nicole Walker during the Grand Prix event of the National at Spruce Meadows. Alberta. Though she was cleared of doping charges by a Swiss court, Canada's team remains disqualified from the Tokyo Olympics which Canada says is unfair (Jeff McIntosh/CP)

Most people may not know it, but there is a court to judge international sport and that court has exonerated a Canadian show jumper on charges of taking banned drugs.

Nicole Walker placed fourth, as did the Canadian team, at the PanAm games in Lima Peru in 2019. This qualified them for a place at the 2020 summer Olympics, postponed to this year.

However  she tested positive for a cocaine metabolite on the final day of the team event and was disqualified of her fourth place finish, putting the Canadian team back to seventh place and out of a berth for the Olympics.

The Lausanne, Switzerland Court of Arbitration for sport originally rejected her appeal, but this week reversed is position and accepted Walker’s explanation for the presence of a banned drug in her system and cleared her of the charge.

Walker said the metabolite was unknowingly in a teabag she accepted from the hotel during breakfast as she had run out of the teabags she had brought with her..  Coca tea is legal in several South American countries and can be used as a remedy for altitude sickness in Peru. Saying she doesn’t understand Spanish, she didn’t realize the tea contained coca. 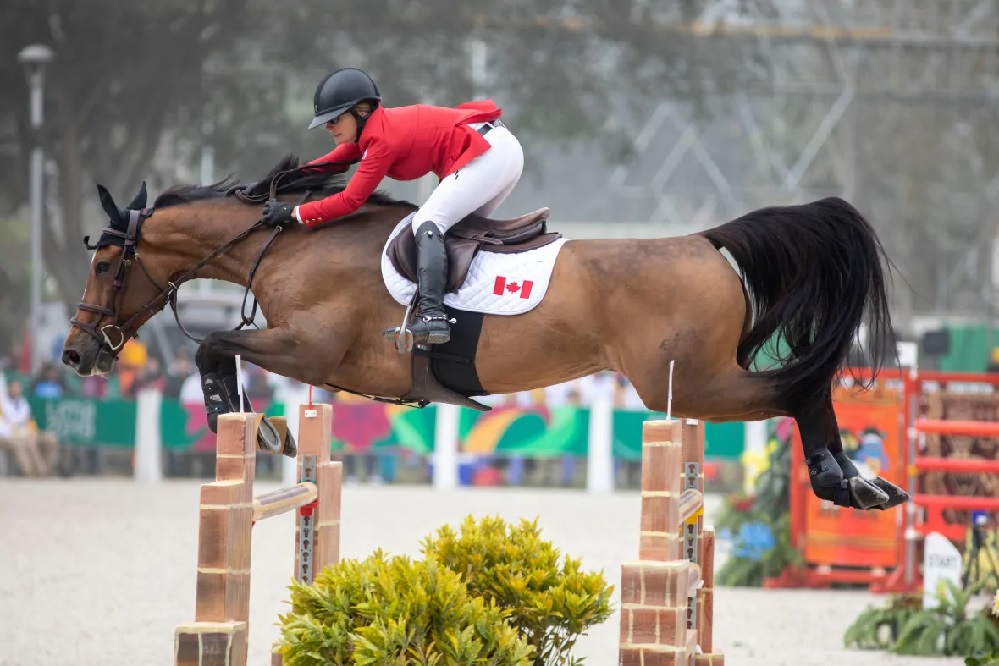 Team Canada’s Lisa Carlsen, riding Parette, competes in equestrian team jumping during the Pan Am Games in Lima, Peru in 2019. Though teammate Walker has been exonerated, the team will still not be given back its Tokyo qualifying position, which Canada says is unfair (Carlos Osorio for CBC Sports)

The court accepted her claim but said it could not reinstate her position nor that of the Canadian team as all competitors are bound by Pan Am Games rules regarding doping, and as such could not overrule their decisions.

In a statement, Equestrian Canada expressed its position on the decision writing in part, “EC is pleased that the CAS Panel accepted that Nicole innocently drank a cup of coca tea, believing it to be green tea. (…) However, EC is extremely disappointed that despite the Panel’s recognition of Nicole’s integrity and commitment to clean sport, her affected results at Lima 2019 were not reinstated, resulting in the Canadian Show Jumping Team remaining disqualified from the Tokyo 2020 Olympic Games.”

The Canadian team has been replaced by Argentina, and Canada will now be allowed to send only one rider to Tokyo.