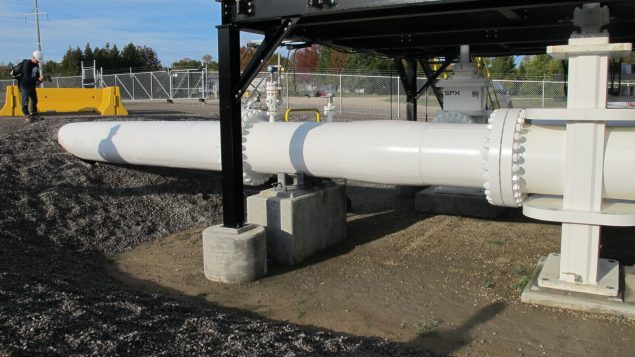 A major Canadian Indigenous group is adding its voice in support of a campaign by Michigan Gov. Gretchen Whitmer to shut down an oil pipeline that runs under the Great Lakes and supplies much of the fuel to Ontario and Quebec.

Line 5, which runs through Michigan from the Wisconsin city of Superior to Sarnia, Ont., crosses the Great Lakes beneath the environmentally sensitive Straits of Mackinac, which link Lake Michigan to Lake Huron.

The pipeline operated by Enbridge Inc. carries 540,000 barrels of light oil and natural gas liquids from Western Canada. It feeds oil refineries that provide nearly half of Ontario’s fuel supply. The remainder of the crude is pumped further east to Quebec refineries through Line 9, where it provides 40 to 50 per cent of that province’s fuel supply.

But the federal government’s efforts to prevent the planned shutdown on May 12 have drawn the ire of a prominent group of Ontario First Nations.

The Anishinabek Nation said Thursday it is disappointed that Ottawa is pushing back against Whitmer’s order that Enbridge Inc. stop operating the cross-border pipeline next week.

The Trudeau government is considering taking action under the 1977 Transit Pipelines Treaty with the United States that allows for the uninterrupted flow of energy between the two countries.

And yet it is willing to ignore the treaties Canada has signed with the 39 First Nations in Ontario that are represented by Anishinabek, said Grand Council Chief Glen Hare.

“It is upsetting to see that the Government of Canada will pick and choose which treaties to uphold based on convenience and profit, rather than in good faith for the health, safety, and well-being of all inhabitants of these lands,” Hare said in a statement. 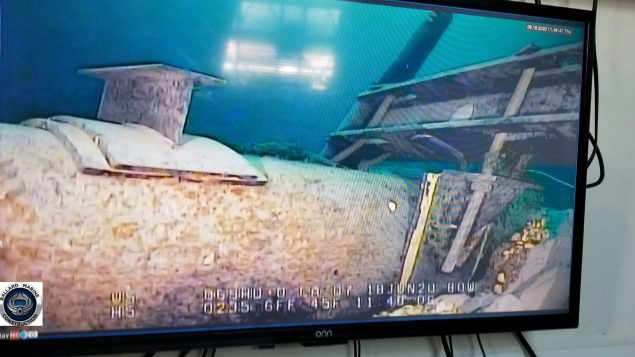 FILE – This June 2020, file photo, shot from a television screen provided by the Michigan Department of Environment, Great Lakes, and Energy shows damage to anchor support EP-17-1 on the east leg of the Enbridge Line 5 pipeline within the Straits of Mackinac, Mich. Gov. Gretchen Whitmer has ordered the pipeline shut down because of concerns about a potential spill in the channel that connects Lake Huron and Lake Michigan. Enbridge is resisting the order with the support of Canadian officials who say Line 5 is essential to their economy. (Michigan Department of Environment, Great Lakes, and Energy via AP, File)

The 1,038-kilometre pipeline began operations in 1953. Enbridge was granted approval to replace the underwater line with a tunnel, but Whitmer’s election in 2019 put a stop to those plans.

Whitmer has revoked the 1953 easement — which has allowed the pipeline to operate without incident for more than 65 years — over fears of an oil spill. Those fears are shared by the Indigenous communities that inhabit the Great Lakes region on both sides of the U.S.-Canada border, Hare said.

The Straits of Mackinac is Bay Mills Indian Community’s home and they have treaty rights to hunt, fish, and gather, Hare said. Bay Mills opposes the existing Line 5 pipeline and the tunnel construction project, he added.

“As First Nations people, we have direct responsibility to protect water and a deep spiritual connection with water,” Hare said. “Should anything that’s being transported in these 67-year-old pipelines get into the Great Lakes, it would have devastating effects and irreparable consequences.”

Shutting down Line 5 would result in an additional 800 tanker cars and 2,000 trucks a day shipping oil and gas along the railways and highways throughout both countries, O’Regan said, creating a higher risk of spillage and unnecessary greenhouse gas emissions — much of it in Michigan as trucks clog busy border crossings.