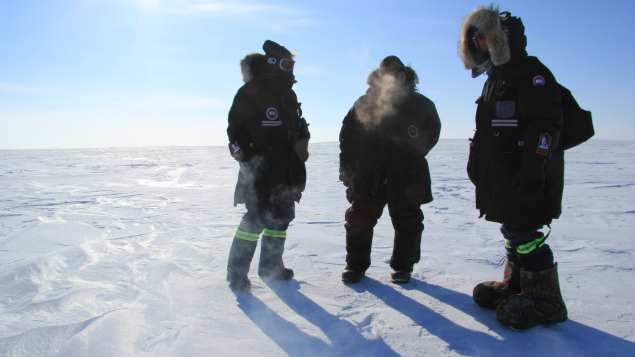 Canada pushed for more Arctic research collaboration and for “meaningful and respectful partnerships between Arctic researchers and Indigenous peoples” at a two-day meeting of science ministers that concluded in Japan on Sunday.

The 3rd Arctic Science Ministerial held in Tokyo over the weekend brought together officials from several Arctic and non-Arctic countries and representatives from Arctic Indigenous peoples. It focused on using international scientific cooperation to act on urgent challenges facing the Arctic.

The theme of the biennial meeting co-hosted by Iceland and Japan was Knowledge for a Sustainable Arctic.

“As an Arctic nation, the Government of Canada strongly supports international collaboration with other Arctic nations,” Vandal said in a statement. “We are committed to respecting and supporting Indigenous self-determination in research as a pivotal element for strengthening capacity building, education, networking, and resilience.”

Hubbard said Canada is a leading advocate, both at home and on the international stage, for Arctic science cooperation and Indigenous self-determination in Arctic research.

Obed said it was important to advance Inuit self-determination in research, and ensure that Inuit contribute to and benefit from scientific research in Inuit Nunangat, the Inuit homeland stretching across northernmost parts of Canada from the North Atlantic to Beaufort Sea.

“With the effects of climate change already quite visible in the Arctic, we are on an urgent mission and international science cooperation is vital,” said Nemer.

“Scientists and Indigenous and Northern communities working together will create a better understanding of the situation, provide the evidence needed to strengthen our policies, and help us to better prepare for the future.”