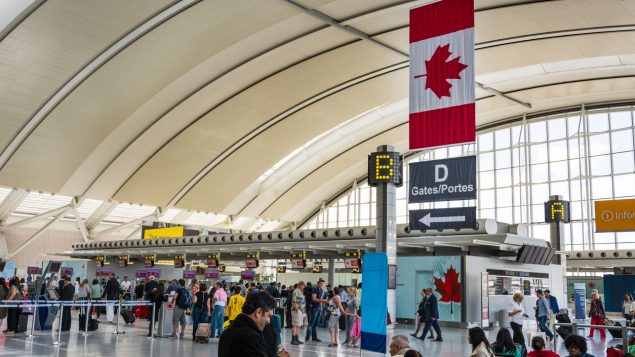 April saw the number of international arrivals to Canada by land and air increase from the previous year but remain historically low. (iStock)

The number of international arrivals to Canada by land and air increased in April when compared to the same period of the previous year, but remained over 90 per cent below the pre-pandemic levels, according to new data released by Statistics Canada.

While U.S. residents made 55,200 trips to Canada through the land border, marking a doubling of arrivals compared to April 2020, that still represented a 93.9 per cent decrease compared to 2019 when 900,300 crossed the border by car.

Likewise, even with 184,700 Canadians returning from the U.S. in April, which was over one-and-a-half times higher than in 2020, there was still a 91.4 per cent decline when compared to April 2019 when 2.2 million drove back across the border.

There were more than twice as many non-residents arriving in Canadian from abroad last month compared with April 2020, yet they were still down 96.5 per cent from April 2019.

Meanwhile, the number of Canadian residents returning from abroad through these same airports was almost twice the number in April 2020, but 96.5 below the same month in 2019.

For comparison, while 41,300 Canadians flew back into Canada in April, there was an average of over 39,000 Canadians flying home from abroad each day in April 2019.