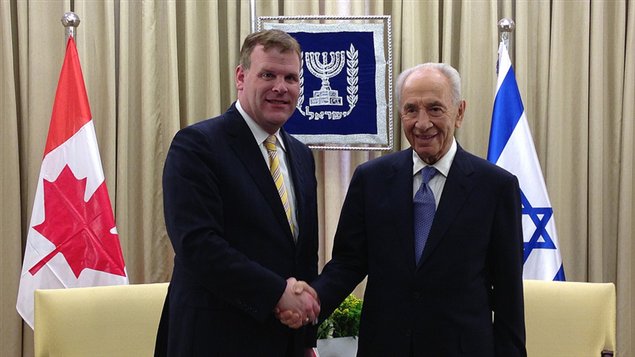 In a series of meetings this week Canada’s Foreign Affairs Minister John Baird underlined Canada’s friendship and support for Israel.

A statement released April 9 by Canada’s Foreign Affairs Ministry underlined that support: “Today, the Jewish People are masters of their own fate, like other nations, in their own sovereign, Jewish state. Like other nations, Israel has the right to defend itself, by itself.”

Minister Baird’s Tuesday visit with Israeli Justice Minister Tzipi Livni, in her department’s headquarters in East Jerusalem attracted some attention back home. The Globe and Mail newspaper pointed out this visit crossed “symbolic lines” since it was across the Green Line and in disputed territory. Reporter Campbell Clark wrote: “For Palestinians, and under United Nations resolutions, he [Baird] was meeting the Israeli government on occupied land.”