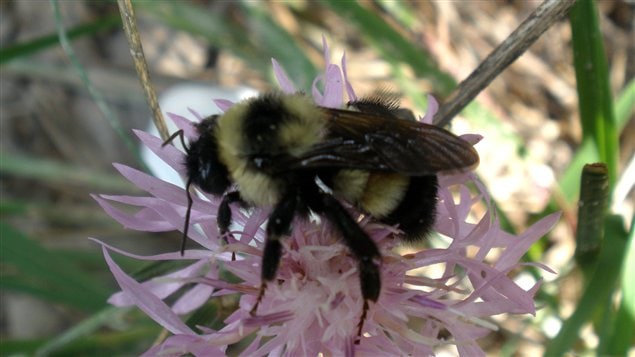 Canadian conference on the worrisome decline of bees

When most people think of bees, they may think of honey bees, or perhaps the large bumble bee, and possibly mistakenly even thinking they are the same thing.   In fact, there are over 800 types of bees in Canada, and 20-thousand worldwide, and “domesticated” honey bees represent only a tiny fraction of the bee population.

Most of us don’t think much about bees at all, and of those who do, many  fear bees, but without them the world would be a much different place, and possibly one much more difficult for human survival.  Bees are a critical link in the reproduction of most plants, both wild and food crops

Indeed, while most of us know only of the domesticated “honey bees”, and may presume they do most of the pollinating of plants, the fact is that wild bees are responsible for 80% or more of the pollination of the world plant life, including food crops and fruit trees.

In recent years, the domestic bee populations have been experiencing a worrisome decline.  Although wild bee populations are by their very nature much more difficult to quantify, there is strong evidence to support a decline in many bee populations.  In southern Ontario for example, where bumble bees were once common, it is now thought they are virtually no existent in most locations, while many other species are, or are approaching, the “threatened” species category. 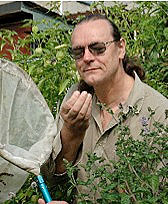 Dr.Laurence Packer of York University, Toronto, examines a specimen. He is a renowned expert in wild bees

At present about 25% of the world’s food crops depend on bees. In some parts of China, pollination must now be done by hand as there are so few bees left. In Kenya a lack of bees has been blamed for a reduction in some food production by as much as half.

Earlier this week a conference on “pollinating” insects was held in Toronto, Ontario. Professor Laurence Packer was one of the many speakers to take the stage. He is a melittologist, someone who studies wild bees.

He says bees have been around for more than 100 million years, but says, “one of the problems some bees face is a mismatch between their (spring) emergence and that of their preferred food as a result of climate change”. He notes that at the exact same period last year, Ontario was experiencing an unusual warm spell in early spring with temperature in the high teens and low 20’s  and yet this year spring has been the exact opposite, “Right now we have freezing rain and when you get selection for individuals that benefit from warm weather in spring one year, and then makes them at a complete disadvantage the next year, the population has considerable difficulty in adapting”, he says.

Professor Packer says that as the population decreases, an increasing number of eggs that were meant to produce females, instead produce sterile or non-viable males instead.  As such bees have a much greater extinction risk than other species.

He feels that bees may well survive the changes, but not the variety of bees.  He notes that a reduction in bee numbers generally and in the number of wild bee species will seriously affect affect crops and the entire environment.  He notes that without bees to help the worlds plants reproduce, “the base of all terrestrial ecosystems starts getting into trouble”