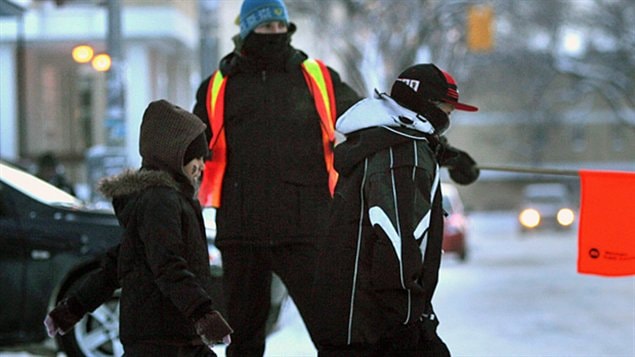 Canadian young people use active transportation far less than they used to according to a report by Active Healthy Kids Canada. 58 per cent of parents walked to school when they were children. Only 28 per cent of their own children do that now.

Active transportation is declining. From 2000 to 2010 the percentage of youth aged 5 to 17 using only inactive modes of transportation to and from school increased from 51 per cent to 62 per cent. Best estimates are than now only 25 to 35 per cent of Canadian children and youth walk or bike to school.

Among the reasons, schools are often too far away for kids to commute under their own steam. In addition parents are more fearful now of their children’s safety. Time and convenience are also a factor.

The report gave youngsters a “D” grade for active transportation and a “D minus” grade for overall physical activity levels.  Canadian children are spending  large amounts of time in front of computer, phone or television screens and health experts say there are serious consequences of inactivity for their health.

Obesity and reduced cardiovascular health are already becoming problems to the point that health experts say this generation will likely have a lower life expectancy rate that the last.

Children who use active transportation to commute to school could add up to 45 additional minutes of moderate to vigorous activity compared to those who travel by car, train or bus. If children live too far from school the report suggests they walk to other destinations like the park or club activities. Parents concerned about safety could take turns escorting groups of children. And parents need to set an example by walking and being active themselves.

In the long run, governments need to build infrastructure and design cities so that schools are close to the neighbourhoods they serve and take other steps to encourage active transportation, says Jean-Philippe Chaput, a researcher at the University of Ottawa and spokesperson for Active Healthy Kids Canada.

“I lived in Copenhagen, Denmark…a couple of years ago,” he said “and there are bike paths everywhere. So this is just easy, spontaneous and safe for people to use bikes as their main means of transport. Here this is not true.”

And for those who say it’s too cold to ride a bike in Canada in winter, Chaput notes that in Copenhagen the bike paths are cleared of snow before the roads are.