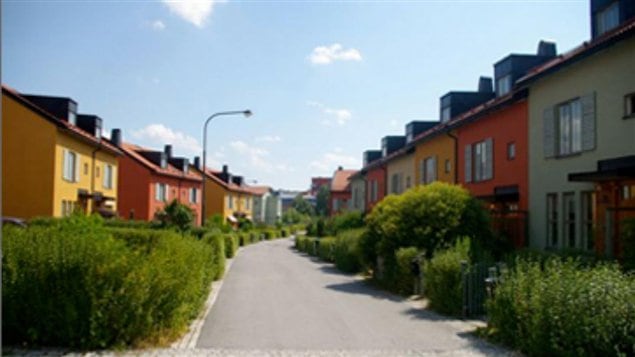 The theme of this year's conference is Empire, Nature, City
Photo Credit: York U

International academics gather in Canada to discuss the future of cities

The event is called, The World in the City: Metropolitanism and Globalization from the 19th Century to Present.

It is the second in an annual gathering of academics and PhD students involved in a variety of fields concerning the urbanism.  The first was held in Berlin last year, and this year, York University and the University of Toronto are co-hosting the event in Toronto starting Thurs May 30 and running through to June 2.

Dr Roger Keil, Director of the City Institute at York University, is one of the keynote speakers and an organizer of the event which will bring together experts from universities in Berlin, New York in addition to the those from the two Toronto Universities.

Professor Keil notes that in this era of urbanization it is increasingly important to study cities.  The conference brings together those who are studying and analyzing the history, development, and growth of cities and suburbs, and the effect of urbanism on the environment.  The human aspect is also critical in terms of keeping cities liveable with amenities and ease of movement.

By studying these issues, they hope to create balanced solutions to the almost always conflicting needs for tax money, development, movement of goods and people, with that of leaving natural green spaces and parks.

“As scholars we can’t make policy, but we can push what needs to be said about cities”  Professor Roger Keil

Dr Keil also points out that the major cities of Berlin, New York and Toronto, like many others, are “western” and “northern”. He points out that previous thinking that northern and western cities were the source for concepts for city development are now outdated as globalization occurs along with vast growth in cities like Rio, and Delhi.

He also says that the role of universities in the discussion around city development is expanding in two different areas.

He notes that many universities are now becoming directly involved in urban development. He cites as examples the subway station and line are being built right through York property and direct implication in development plans around the university  while in downtown Toronto, the University of Toronto is involved in developing new housing and recreation facilities.

So on the one hand, the institutions themselves are becoming developers, while on the other hand, the same institutions through staff and students, are becoming more politically outspoken on development and environmental issues. Dr keil notes that universities should be, and are in fact becoming, less of an “ivory tower” of theoretical discussion. He adds that academics should ensure their own institutions are acting responsibly in this role.

Dr Keil says, “As scholars we don’t have an immediate way of changing the world. We can’t make policy but we can push what needs to be said about cities. We can point out social injustice and environmental degradation, these kinds of things.”

Conferences such as this four day event are an important way for people from different backgrounds and experiences to exchange thoughts and practices.  This is in order to improve concepts and raise both public and political awareness of issues regarding city development and better solutions to those concerns. It is hoped such international discussions will help suitable ideas and solutions to issues to make their way into policy. This in turn wil aid in making city life more amenable even as cities grow.