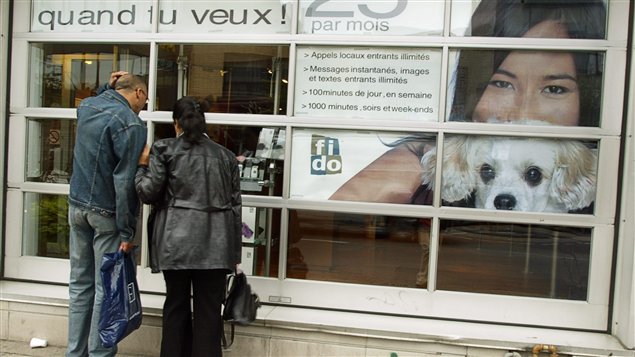 Prices for cellphone services are a hot button issue for Canadians.

Now, a conservative Canadian think-tank has waded into a fight between Canadian wireless companies and the federal government.

In a new study, the Vancouver-based Fraser Institute says if the federal government wants to provide Canadians with more choice in the wireless market place it should remove restrictions on foreign ownership of telecommunications companies.

The study says Ottawa should apply the same rules to both domestic and foreign players operating in Canada and criticizes Ottawa’s plan to place restrictions on domestic telecommunications companies in a upcoming auction of wireless spectrum aimed at encouraging new entrants in the market place.

Its author, Steven Globerman, a senior fellow and a professor of international business at Western Washington University, says that by setting up rules that handicap the three large Canadian telecoms and favour small or new players in the marketplace, Ottawa is effectively subsidizing new entrants and promoting inefficient competition.

Canada’s three major wireless companies, Rogers Communications, Bell and Telus Corp., say the auction for new airwaves set for early next year will give a clear advantage to new players to the market by allowing them to buy up to twice as much wireless spectrum as the Canadian companies.

There is speculation that the auction will pave the way for U.S. giant Verizon to enter the country and begin competing against the Canada’s Big Three, who have waged a public relations massive public relations campaign this summer to try to win public support.

A study commissioned by Industry Canada and the Canadian Radio-television and Telecommunications Commission earlier this year found that
prices for cellphone services – including voice and data – have decreased since last year, putting Canada in the middle of the pack internationally,

The study says a typical package of mobile phone services – including voice, text, call display and voice mail features – has fallen by about 13 per cent year over the past year.