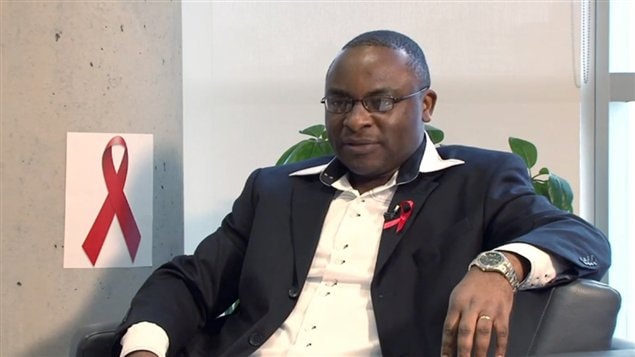 Professor Roland Pongou of the University of Ottawa studied the spread of HIV/AIDS using mathematics, demographics and social mores in his study
Photo Credit: Univeristy of Ottawa

Mathematics, networks and the spread of HIV in Africa

An economics professor in Ottawa has studied the spread of Aids in Africa from a new perspective.

Roland Pongou saw first hand the devastating effects of HIV/AIDS in his native Cameroon. He is now with the Faculty of Social Sciences at the University of Ottawa

Professor Pongou, an economist who also holds degrees in mathematics and demography, says there are some 22 million people in Africa infected with HIV. He says about 2 million die each year and about 60 percent are women.

He has studied the issue from a social perspective by working on the concept of “fidelity and infidelity networks”.

Using this network theory to explain how HIV is spread, he notes that in Africa there are often multi-ethnic communities within a society but with limited integration.  He says that infidelity is frowned upon so usually men will go outside their ethnic community to engage in sex as there is less communication back to (his) ethnic group.

He notes that men will engage in sex with many women, but women have fewer partners so that the infection is spread more widely among females than males.

He says it is important that the academic community continue to think about the disease in new terms. According to Pongou, there needs to be a multidimensional approach to the study and understanding of HIV/AIDS that is more than simply educating men and women about condom use.

His research shows however another situation that is counter-intuitive. In his country of origin, Cameroon, educated people have a greater percentage of infection that the average. This falls in line with his networks theory, because although theoretically educated people are more aware of HIV, they are also more desirable as sexual partners because they are educated. They have larger sexual networks which increases their risk factor.

there needs to be more integration of ethnic groups which reduces the incentive to seek partners in other ethnic groups and thereby reducing the size of the sexual network.

He also suggests efforts be made to equalize development of different regions in a country so there is less need or incentive to travel from home and therefore again reducing the sexual network.

Professor Pongou says when looking at the HIV/AIDS situation, there is not a simple solution of promoting only education programmes about AIDS and condom use, but it should be adapted as well to the differing and varied social and cultural situations on the continent.