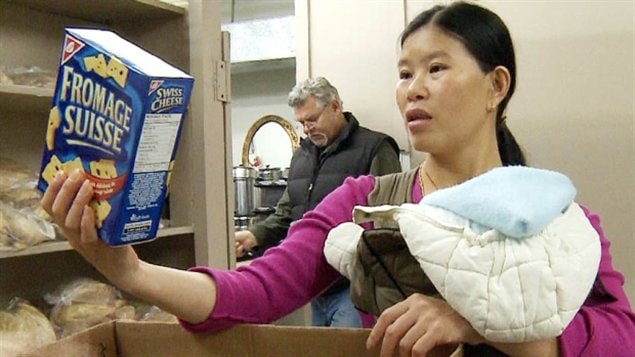 Food banks dealt with shortages in many ways, including cutting back the size of hampers and asking other agencies for help.
Photo Credit: CBC

In the past year, more than a third of the 1,300 food banks surveyed by the umbrella group, Food Banks Canada cut the amount of sustenance doled out because they lacked supplies. One out of 10 ran out of food at some point during the year.

It’s estimated that close to 850,000 Canadians use food banks each month and the need for this help is 23 per cent higher than it was before the recession of 2008.

Food banks get little money from governments and rely heavily on private and corporate donations. The food industry often donates cast-offs, such as excess stock or salvaged food that is safe to eat but unsuitable for sale due to errors in the labelling process.

Food banks that ran out of supplies reached out to other agencies for help, but about one in 20 had to turn people away.