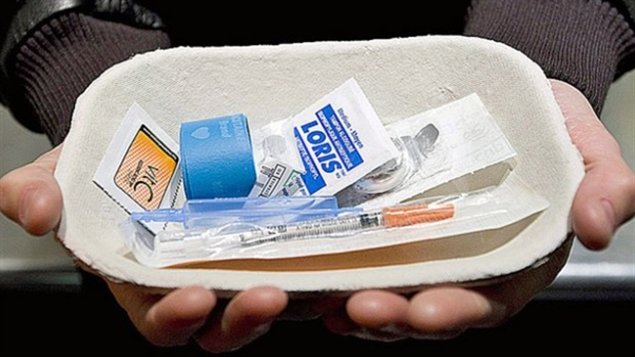 An experimental program would give intravenous drug users access to safe places and equipment for their injections in the city of Montreal, but first the city needs funding and approval from higher governments.

The western Canadian city of Vancouver was the first in North America to provide a safe injection site. Called Insite, the facility neither provides the illegal drugs nor does staff administer them, but they do provide medical assistance should users overdose or have other medical emergencies.

The current Canadian government tried to shut down Insite but last September the Supreme Court of Canada ordered it to keep Insite open, ruling that it had saved lives.

Montreal will ask the provincial government of Quebec for more than $3-million dollars to set up four safe injection sites and almost the same amount again to operate them. If the project is approved, they would open late in 2014.

Montreal’s director of public health says the price may seem high, but in the long run the public health system would save money by not having to treat drug users’ health problems caused by their using dirty needles.