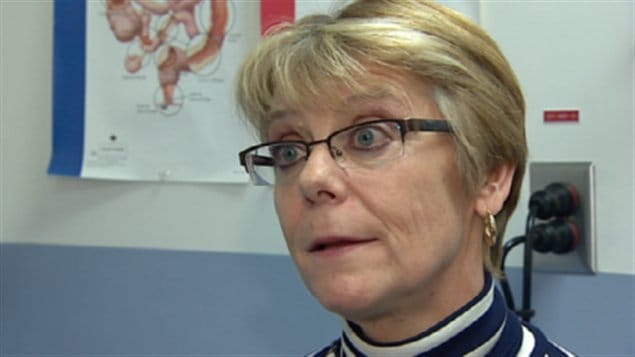 Connie Kempton, 57, a successful real-estate agent is one of more than 60 people being treated for complications from weight-loss stomach surgeries, some of them performed in Mexico.
Photo Credit: CBC

A Canadian who went to Mexico for stomach surgery nearly died and a leading surgeon is warning that many others are risking the same procedure. With growing rates of obesity in Canada, there has been a dramatic increase in the number of people seeking surgery to reduce the size of their stomachs.

Connie Kempton was one of more than 60 people being treated at an Edmonton hospital for complications from weight-loss stomach surgery, many of whom were operated on in Mexico. Kempton’s stomach is partially blocked by scar tissue and she struggles to swallow the smallest amounts of liquid and soft foods. She has lost 80 pounds but her surgeon says she could now almost starve to death because she can’t get enough nutrients.

An official health advisory should be issued to warn Canadians about the potential risks of stomach surgery, says Dr. Daniel Birch, a leading surgeon at the Royal Alexandra Hospital in the western city of Edmonton. He estimates that treating patients for complications from having this surgery abroad is costing his provincial public health system millions of dollars.

“We’ve seen patients really suffer and struggle, spend a lot of money and in some cases spend years trying to get better. And not everyone does,” said Birch.