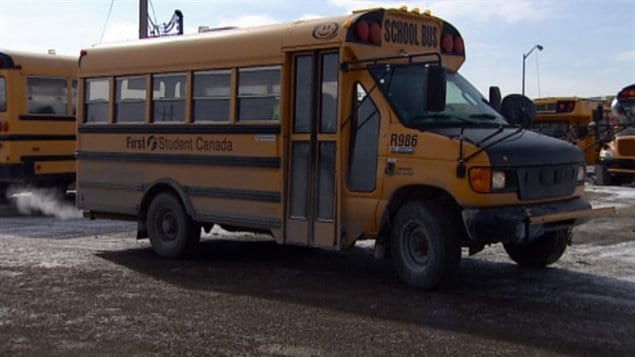 Kendra Lindon, who has driven buses 10 years, used her SUV to pick up students on Feb. 12, a morning when the temperature felt like -26 with the wind chill.
Photo Credit: CBC

After her school bus wouldn’t start due to freezing cold temperatures, driver Kendra Lindon picked up some stranded students in her own vehicle, and then was fired for her trouble.

Lindon said she didn’t realize she was breaking the bus company’s rules.

“I thought my bus driver hat was off and my parent-community hat was on,” she said.

There was a wind chill of -26 when Lindon checked her bus in the western city of Calgary on Feb. 12. The bus wouldn’t start, nor had it the day before and although she had called for a replacement none had come. She was worried about the students she was supposed to pick up. One of them was her son.

“I go past my other stops to get to my son’s stop … and I couldn’t just drive past them (other students),” she said.

Lindon picked up six students and some went without seat belts. She learned later that day that she had been fired.

“I am really upset, I’m really hurt,” said Lindon, adding that parents on the route have been supportive of her, sending letters to the bus company.