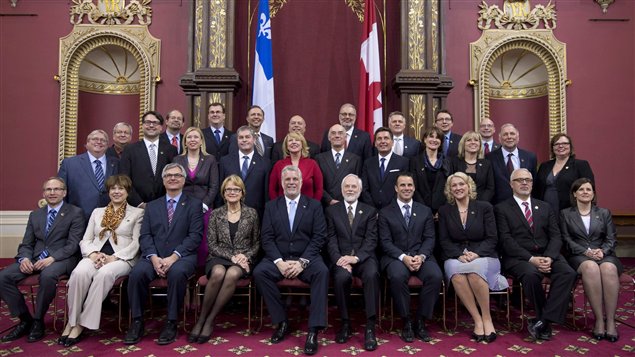 A new Liberal government was sworn in on Wednesday (April 23) in Canada's second most populous province of Quebec after the April 7 victory of Philippe Couillard and the Liberal Party.
Photo Credit: Jacques Boissinot/CP

Canada’s second most populous province, the predominantly French-speaking province of Quebec, now has a new premier and a new government.

Sworn in on Wednesday afternoon (April 23) , Liberal Premier Phillippe Couillard talked of inclusion of all Quebecers and transparency from his new government.

RCI’s Wojtek Gwiazda has a report: