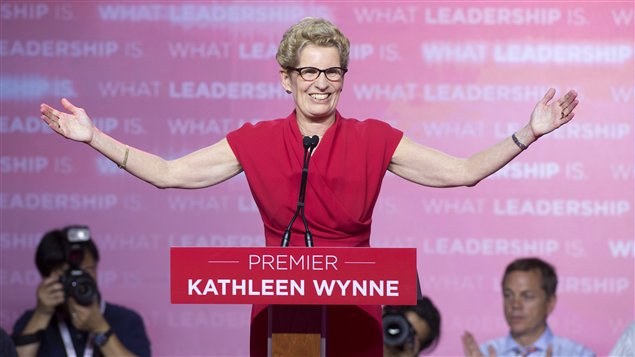 Progressives in Canada breathed a sigh of relief yesterday after voters in the country’s most populous province rejected a right-wing party and elected a liberal government with a healthy majority.

Canada’s current federal government is ruled by a right-wing conservative party with a tough-on-crime, pro-oil industry agenda that puts growth ahead of environmental concerns.

In the province of Ontario, the contender for the conservative party had promised to cut 100,000 public sector jobs, create one million other jobs, and to cut corporate taxes. Going into the election it looked like the election was too close to call.

Premier Kathleen Wynne now has a strong mandate to carry through with her promise to invest in the infrastructure and education, and to create a provincial pension plan. The question is how she plans to pay for it.  Ontario used to be a wealthy province, but is no longer, having suffered a collapse in its manufacturing sector.