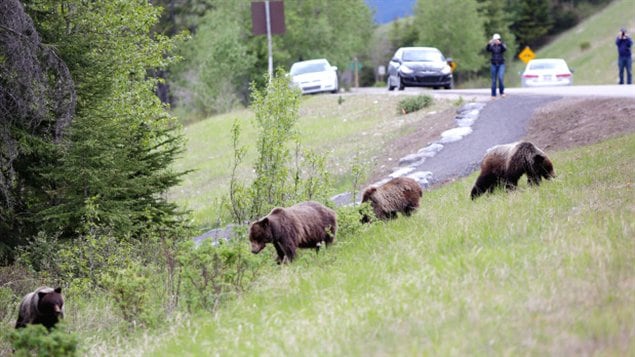 While one woman fell victim to the wrath of an angry bird in Ontario, Parks Canada is warning residents and visitors in and around Banff, Alberta, about possible attacks from much more imposing and dangerous creatures: bears.

Snow is still covering the ground at high elevations, so black bears and grizzlies are forced to forage and hunt lower down the mountains in Banff National Park.

Half a dozen animals — including a notorious 600-lb. male and a mother with her cubs — have been seen roaming near town.

Bears are said to pose a greater risk to humans at this time of the year because it is peak mating season. 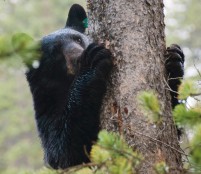 Wildlife specialists advise bear country residents and visitors to steer well clear of the animals. If you encounter a black bear or a grizzly, it is best not to turn and run — you will not outrun the bear. Back away slowly, or if the bear charges, stand your ground.

There has been at least one reported case of a grizzly bluff-charging a group of hikers.

Sunday’s marathon through Banff had to be re-routed to avoid any close encounters.

And Monday, Parks Canada wildlife officials shut down a popular recreation area.  Anyone who ignores the closure and ventures into the Vermilion Lakes area could be slapped with a $25,000 fine.

Experts say deadly black bear or grizzly attacks are still rare, but the number of maulings is up because humans live in closer proximity to their habitat.

Earlier this year, a 36-year female oilsands worker died on the job, in Northern Alberta, after being attacked by a black bear.

Parks Canada recommends that people in bear country make noise when hiking and cycling, carry bear spray and knowing how to use it and maintain a safe distance to any bear, among other precautions.