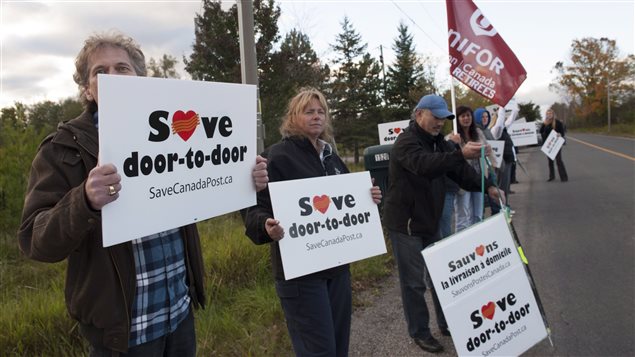 Since Canada Post announced home delivery cuts to millions of Canadians in December of 2013, there have been numerous demonstrations to stop the cuts across the country.
Photo Credit: Hannah Yoon/CP

The Canadian Union of Postal Workers and organizations representing the disabled and seniors have decided to turn to the Federal Court of Canada to stop the elimination of home delivery to millions of Canadians. Some of the cuts of home delivery are scheduled to come into effect this autumn.

The cuts were announced by Canada Post last December. The crown corporation said it had to cut services because mailing of letters was down, and that it was losing money. The postal union says that’s not true, that in 17 of the past 19 years Canada Post made a profit.