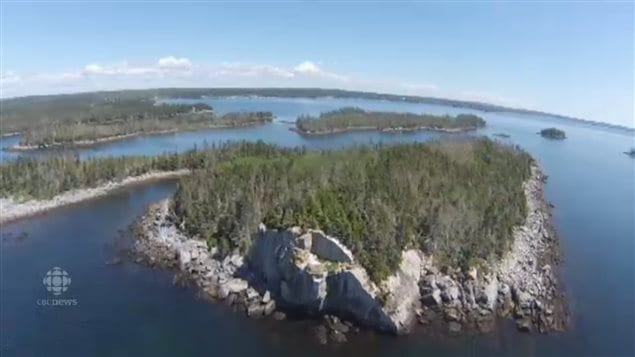 The Bay of Islands Coastal Wilderness project, and effort to preserve the archipeligo on the east coast of Nova Scotia
Photo Credit: CBC

Organizers say it’s a conservation project never before attempted on this scale in maritime Canada.

The Nova Scotia government had already promised to protect some 4,000 acres of Crown-owned islands in the area, but the key to the 46,000 acres in total is dealing with some 30 landowners for purchase, donation or creating conservation easements to preserve the islands in their natural state.

Bonnie Sutherland, the organizations exective director told Global news in June, “Wilderness like this, on this scale is really rare globally. There are few places left where we could protect something this significant and pristine.”

The islands also comprise a wide variety of geographical features from lagoons, to rocky cliffs, sand beaches, boreal forests and are home to a over 100 species of sea and songbirds.

The Nature trust had already secured the “flagship” 215 hectare Borgles Island last fall, and  have commitments from the Crown and owners as of June to protect about 70% of the land.

Thanks to a $3.5 million donation, the Nova Scotia Nature Trust will be able to move ahead with its ambitious plan to secure the remaining properties.