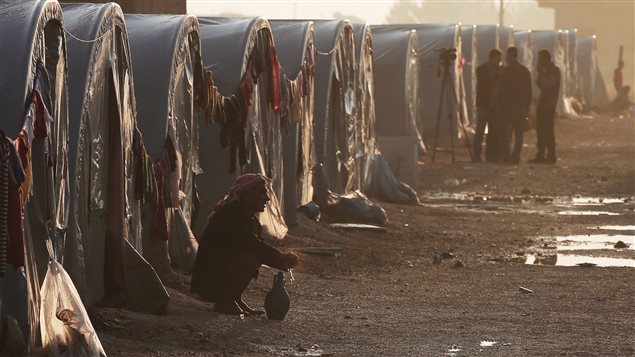 Canada must respond to the plea by the United Nations and take in 10,000 Syrian refuges, says a group of Canadian humanitarian agencies. So far the government has only resettled 200 people here, and the plan to bring in 1,100 privately-sponsored people is painfully slow.

These numbers were “arbitrarily set by the government without any preparation or planning, or the making of any arrangements to expedite their approval,” says a news release from the groups.

Listen‘One of the worst humanitarian crises’

“The Syrian conflict is considered one of the worst humanitarian crises of our era with more refugees since the end of the second world war,” says Alexandra Kotyk, sponsorship director at the Anglican United Refugee Alliance. She notes that in 1986, Canada won a United Nations award for its acceptance of refugees but it is now accepting fewer.

“It’s a little bit confusing to us…I know the government has talked about making some kind of commitment (to bring in more Syrian refugees) but we have no idea why they haven’t formalized this,” says Kotyk.

Germany has announced it will welcome 20,000 refugees and Australia will take 5,000. Canadian agencies want Canada to bring in 10,000 government-sponsored refugees and to expedite the settlement of those who are privately-sponsored.

Groups in support of this call to action are: