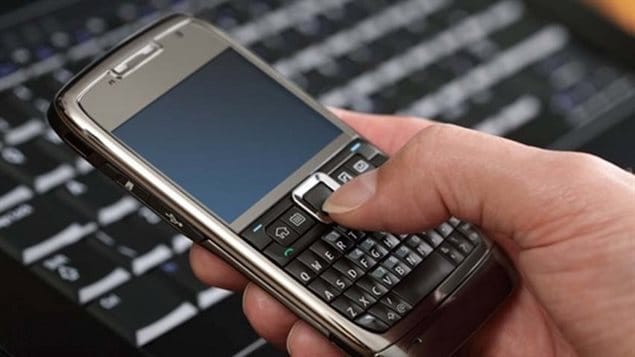 The Supreme Court of Canad has made a narrow 4-3 ruling that police can search mobile devices and computers without a warrant in a lawful arrest.
Photo Credit: file photo

In a precedent setting ruling, Canada’s Supreme Court has ruled police can search your mobile phone, tablet, computer, or other device without a warrant.

In a narrow 4-3 decision the court ruled that in a lawful arrest, police are not required to get a warrant to search through personal devices.

The ruling was about privacy of personal information. The minority judges said that mobile devices and computers are “a intensely personal and uniquely pervasive sphere” and that as such, should have an expectation of protection.

Justice Thomas Cromwell, writing for the majority said, “We should bear in mind that a person who has been lawfully arrested has a lower reasonable expectation of privacy than persons not under lawful arrest”

Passwords- no protection from search

The majority judges aslo said placing password protection does not  really increase a person’s expectation of privacy from search. They did specify under which conditions police could search devices without a warrant

Justice Andromache Karakatsanis who wrote the minority position of the justices said, “The intensely personal and uniquely pervasive sphere of privacy in our personal computers requires protection that is clear, practical and effective.”

The minority argued that in all cases police must get a warrant.

The 3 Justices said, ”Individuals have a high expectation of privacy in their digital devices because they store immense amounts of information, are fastidious record keepers, retain files and data even after users think they have been destroyed, make the temporal and territorial limitations on a search incident to arrest meaningless, and can continue to generate evidence even after they have been seized.”

They also said that as technology advances, the law must also keep pace so that modern mobile devices “do not become the telescreens of George Orwell’s 1984”

Justice Karakatsanis added, “I doubt not that police officers faced with this decision would act in good faith, but I do not think that they are in the best position to determine ‘with great circumspection’ whether the law enforcement objectives clearly outweigh the potentially significant intrusion on privacy in the search of a personal cellphone or computer”.

Up to now, courts across Canada have not been consistent in rulings on searches of suspects mobile devices.

The case made it to the Supreme Court following a challenge by Kevin Fearon, arrested an convicted on a 2009 robbery charge in Toronto after police searched his phone and found incriminating evidence.

An Ontario Court of Appeal had earlier upheld the police search of his phone saying it wasn’t password protected so police were permitted to search the phone in a ‘cursory” fashion to see if there was evidence relevant to the crime.

That ruling was appealed to the Supreme Court who have now ruled that even password protection should not stop police searches.