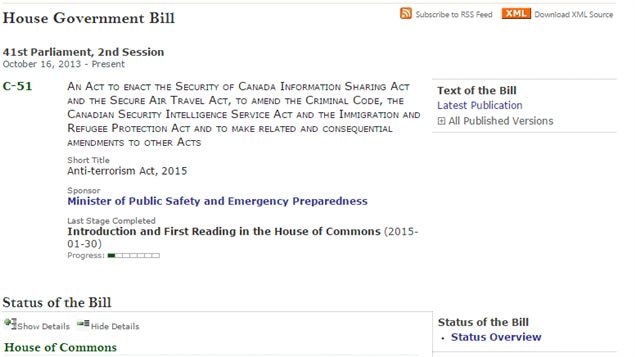 The Canadian government is determined to pass its proposed anti-terrorism law Bill C-51 despite criticism from the opposition parties and some legal experts.
Photo Credit: Parliament of Canada

Canada’s opposition parties continue to question the advisability of a proposed new bill to fight terrorism, suggesting Canadians are being asked to choose between security and their rights.

Legal experts and both the Official Opposition NDP party and the Liberal opposition want the new powers more clearly explained, and oversight included in the bill.

The bill gives authorities wider powers to fight terrorism, the right to disrupt security threats, including the commission of illegal acts.