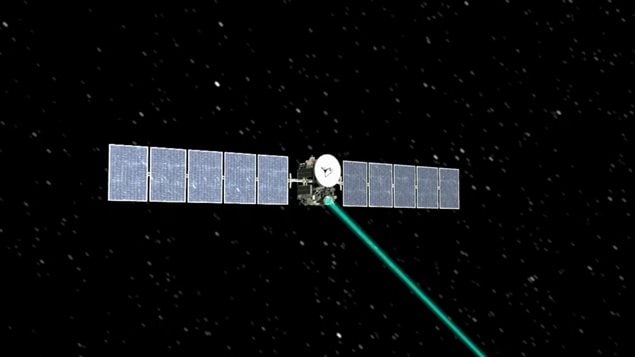 It’s what is known as a dwarf planet, just under 1000-kilometres in diameter orbiting out in the darkness of space out beyond Mars. It’s called Ceres.

“Dawn” is NASA’s probe to Ceres, on an archaeological mission of sorts.  It seeks to orbit the dwarf planet sending data back to Earth which will help scientists understand a little more about the origins of the solar system.

Paul Delaney (MSc) is Senior Lecturer of physics and astronomy in the Faculty of Science at York University in Toronto,  Ontario

The Dawn mission has taken eight years to reach it’s goal.  It is now orbiting the dwarf planet Ceres, after spending a year orbiting the smaller body, Vesta, a giant asteroid. It then fired its ion engine and continued on to reach Ceres which it finally reached this weekend.

It is the first satellite sent to a dwarf planet, and also the first to orbit two targets on a single mission.

Currently in high orbit at thousands of kilometers above the dwarf, Dawn will slowly spiral lower over the next month to reach a height of about 250 kilometres.

The mission is possible only because of use of ion propulsion which uses electricity to convert xenon gas, ionize it, and accelerate it out the back of the space craft.  The force is miniscule, but because it is constant high speeds are eventually achieved. The solar panels provide electricity for onboard systems including the 3 ion engines (only one is engaged at a time, 2 main, and one backup).

Dawn carries a framing camera in black and white and three colours, a visible and infrared spectrometer, a gamma ray and neutron detector, and gravity science analytics to determine mass, gravity field, principal axes, rotational axis and moments of inertia.

Delaney notes that this Dawn mission is the precursor to another set for 2016 called Osiris Rex (Origins-Spectral Interpretation-Resource Identification-Security-Regolith Explorer,) which will involve a trip to an asteroid, collection of physical samples and a return to Earth.