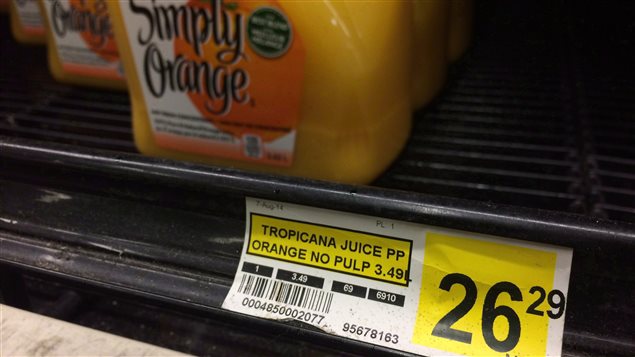 High food prices and lack of availability have pushed food insecurity to 36.7 per cent in the northern Canadian territory of Nunavut, according to the government data gathering agency Statistics Canada.
Photo Credit: Sean Kilpatrick/CP

Food insecurity at 36.7% in Canada’s northern territory of Nunavut

Canada’s northern territory of Nunavut, home of the country’s Indigenous Inuit people, has a rate of food insecurity of 36.7 per cent according to the government data gathering agency Statistics Canada.

In a report released Wednesday (March 25) the agency pointed out that food insecurity “exists within a household when one or more members do not have access to the variety or quantity of food that they need due to lack of money.”

On average across Canada 8.3 per cent are experiencing a food insecurity that prevents them from “putting food on the table”.

Researchers have found that people who experience food insecurity also tend to report: