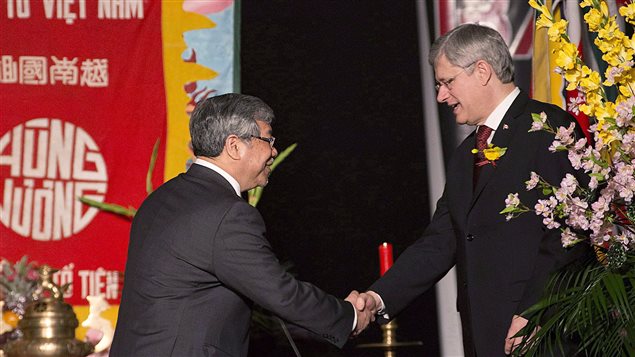 Vietnam’s relationship with Canada has been damaged by a new law commemorating the arrival of refugees after the fall of Saigon, said a Vietnamese diplomat to the Globe and Mail newspaper.

The law sets April 30 as Journey to Freedom Day to mark the tens of thousands of refugees who sought haven in Canada 40 years ago. The bill was originally called the Black April Day Act and said it would commemorate the day South Vietnam fell “under the power of an authoritarian and oppressive communist regime.”  The title and wording were later changed.

Vietnam prefers to mark the date as the end of the war between North and South Vietnam and the beginning of reconciliation, according to the Globe.

Some 220,000 Canadians have origins in Vietnam. The law is seen as a way for the political party now in power in Canada to curry favour with them ahead of a federal election set for this fall.