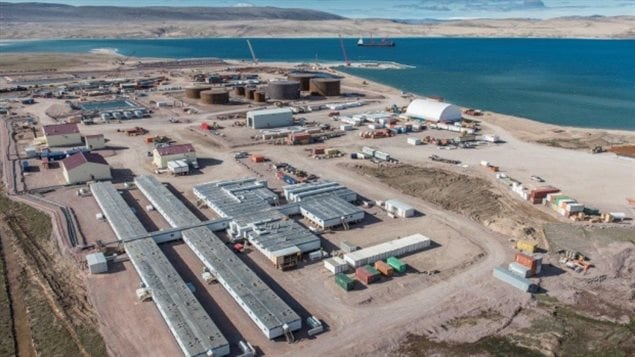 Baffinland Iron Mines Corp operating near the Mary River on Baffin Island, wants to increase its production from 4.2 million tonnes per year to 12 million tons, and seek an amendment to a land-use plan allowing it to break ice to be able to ship ore to Europe for ten months a year from the current ice-free season only

In April, the Nunavut Planning Commission (NPC), which had already amended the North Baffin Land Regional Use Plan once in order to suit the company, rejected this new proposal.

The NPC, created out of the Nunavut Land Claims Agreement, said in its decision, “Ice is an essential part of life in the North. For people, for polar bears, for seals and other animals in the North, ice is a bridge — both metaphorically to the past and present Inuit values and activities, also actually as a fact”.

The company then filed a request for an amendment to the Land-Use plan.

On May 5, a letter was sent to Baffinland from NPC chairman Hunter Tootoo. He wrote that the NPC no longer has the funds to conduct a proper public consultation and technical review.  He wrote that the NPC is in negotiations with the federal government for additional funding, and when that is complete, the NPC will be in a better position to respond to the company’s request.

On May 21, Baffinland then asked the federal minister for an exemption from the Land-Use Plan.

Now, because the NPC can’t study the request, the Nunavut Impact Review Board (NIRB), which would be the next step in the process, can’t proceed either.

The Company has requested Minister Valcourt to exempt them so the request can bypass the NPC and go directly to the NIRB for an environmental screening.

Now, the Qikiqtani Inuit Association has in turn invited the Minister to come to nearby Pond Inlet to hear the concerns of residents in person regarding the company’s request.

They say they have continually been left out of the decision-making process and maintains the process should proceed through the NPC stage.

Baffinland insists there would be ample opportunity for all parties to be heard in public consultations at the NIRB stage.

In 2012,  Baffinland Iron Mining was permitted to build a port at Steensby Inlet and ship 18 million tonnes of ore by a railway from the mine about 150 km inland.

The company then almost immediately asked for an amendment to ship 3.5 million tonnes via Milne Inlet, which is connected by a road, during the ice-free season. This was granted in 2014.

Because of low prices for iron ore, the company now says it can’t raise the billions necessary for the proposed railway and Steensby Port, thus requesting the amendment to ship from Milne with icebreaking in a ten month season,  and that Minister Valcourt to exempt them from the NPC process only months after the previous change.