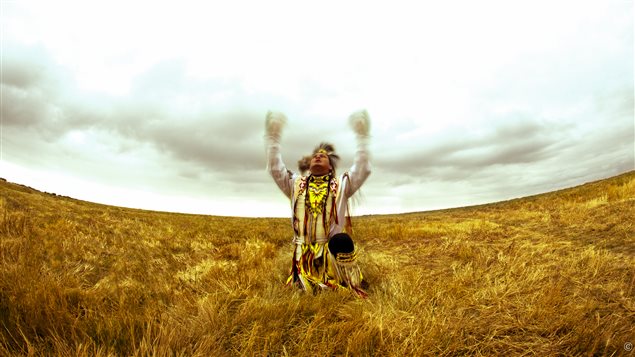 Nadine Track captures an aboriginal spirit in her photography

Nadine Track used her camera first perhaps to distance herself in her native Lebanon. Then, on arriving in Canada, she pursued photography and quests that have brought her closer to this country’s history and First Nation heritage.

It all began for her during the chaos she was living in Lebanon’s civil war. As a Red Cross volunteer she said she used her camera to understand what was going on around her. Eventually her audio-visual education took her into work with some of the major advertising companies such as Grey, and Saatchi & Saatchi. But finding herself more comfortable with the art than the commerce, Nadine began exploring the world and photography.

It was the challenge of immigration and the ordeal familiar to many new arrivals, of trying to have her credentials recognized, that allowed her to open doors for herself. She began an academic study of photography.  With her medium mastered, Nadine Track was compelled to look deep into the heritage and history of her adopted country. 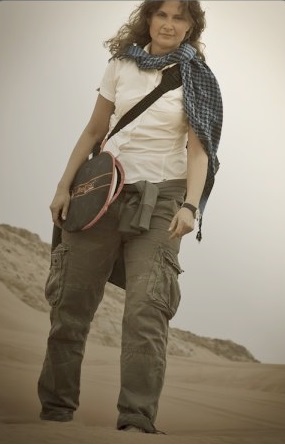 For some of her most recent work, Nadine Track found herself captivated by Canada’s aboriginal culture and people.  She said she was determined to find the picture that was in her head despite discouragement from many. “I was told that you’ll find nothing… it’s not what you think… this is a fantasized picture in your head.”

She trusted in her vision and she says “signs took me there; from friend to a friend, I just expressed my wish to do portraits.”

‘There’ was Saskatchewan. north-western Saskatchewan, where she found a Cree community called ‘Flying Dust‘ near Meadow Lake.

She lived in the community for a week, and felt strong parallels with her experience in Lebanon. She was invited to join a dinner with the chief which she describes as one of the most delicious of her life.

Signs took me there; from friend to a friend, I just expressed my wish to do portraits.

The resulting work is arresting, perhaps all the more so with the juxtaposition of these traditional images on metal. Nadine Track says she “wanted this contrast between the spirituality, the heritage and the pictures which are treated in Photoshop”.  She said she wanted to give a dreamlike painterly effect and you can be the judge on her website, as to whether she was successful.