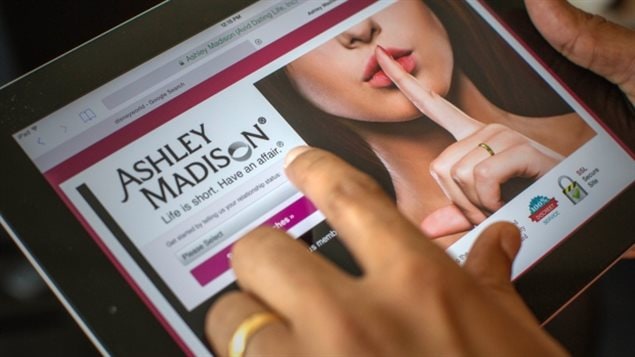 The Investigation into Ashley Madison could affect the lives of 37 million people.
Photo Credit: cbc.ca

Officials at a Canadian-based website that promotes adultery say personal information about its clients does not prove their infidelity.

Ashley Madison, whose slogan is “Life is short. Have an Affair,” is marketed to people who are married or in a committed relationship.

The company investigating the hack for Avid Life Media, Ashley Madison’s parent company, has confirmed the website does not verify email addresses used to sign up for the service, collect phone numbers or store full credit-card numbers.

Joel Eriksson, the chief technology officer for Toronto cyber-security company Cycura, says that, “a list of email addresses is not proof of anyone’s membership.”

Last month, a group calling itself “The Impact Team” said it had hacked the dating service and threatened to release its customers’ names online unless Avid Life Media shut it down.

On Tuesday, the group posted what appeared to be the credit card numbers and other sensitive information of Ashley Madison’s customers online.

The July leak contains the apparent email addresses of hundreds of Canadian workers at all levels of government.

And there are addresses associated with the Canadian Armed Forces, as well as justice, the Canada Revenue Agency and the RCMP.

As many as 37 million people around the world could be affected by the attack.

Meanwhile, Karen Eltis, a law professor at the University of Ottawa and an online privacy expert, says the fallout of the Ashley Madison breach demonstrates the dangers of using work email addresses for personal use.

She notes, “anonymity online is illusory.”