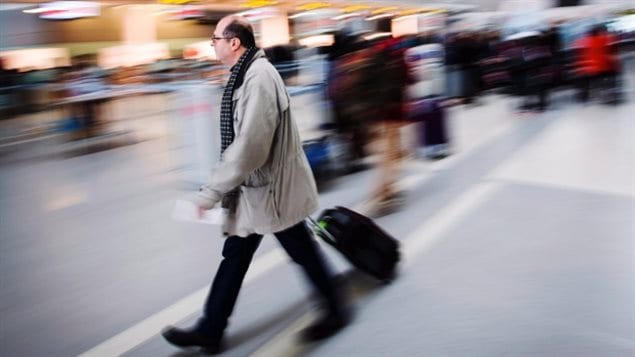 Until today, Montrealers travelling to China had to connect in Toronto, Vancouver or a U.S. hub.
Photo Credit: CP / Mark Blinch

Beijing to Montreal is now a direct flight due to a partnership between Air Canada and Air China. The first flight, from Montreal to Beijing, will depart today at 16:20 arriving in Beijing tomorrow at 18:00.

It’s a long flight, but until now, Montrealer’s and people in eastern Canada faced an arduous journey, with layovers and awkward hours required. Quebec’s economic minister, Jacques Daoust, said, “I had to get up at 3 a.m. to make a stopover in Toronto to go to China.

“There will be more Chinese students that will be visited by family, more companies that will set up here”

The first non-stop trans-Pacific link between Montreal and Asia, there are flights three times a week, Tuesdays, Fridays and Saturdays.

The president of the Montreal Board of Trade, Michel Leblanc, welcomes the development. “The benefits will come in many forms,” he said. “There will be more Chinese students that will be visited by family, more companies that will set up here, and more Quebec companies that will do business in China.”

Montreal Mayor, Denis Coderre, welcomed the news when it was announced in May. “This is great news for the metropolitan region and Montreal’s business community in particular,” he said.  Our ability to draw foreign businesses greatly depends on the availability of direct links from our airport. Futhermore, we hope this flight will further strengthen our relations with China.”

China is now Quebec’s second largest trading partner, after the United States.  Trade between Canada and China topped $78 billion last year, with Quebec and the Maritimes making up 20 per cent of that.

Ticket sales have been going well, according to Air China, with 85 per cent of them sold for the first few flights. The number of tourists visiting Quebec from China, increased 60 per cent last year, the carrier said, and it expects the demand to continue.

“The origin of these passengers is very diverse,” said He Zhigang, an Air China director. “We have diplomats, businessmen, but also people who use the link as an entry to the rest of Canada or United States.”