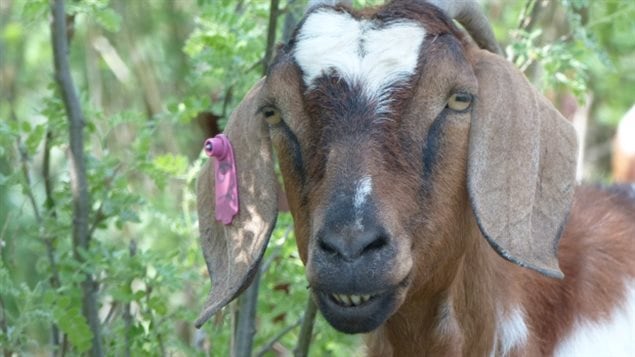 Goats may be the solution for Calgary‘s rampant dandelions. The largest city in Alberta, has been challenged by weeds in the last few years. The bright yellow dandelion seems to be everywhere in June, taking over parks, and boulevards and all manner of green space.

In an effort to find an alternative to mowing or spraying this unwanted growth, goats have been suggested. Most Canadians in other urban centres will find this proposal verging on ludicrous, but it is being employed in Kamloops, British Columbia, Fort Saskatchewan has been using sheep to keep their grass in order since 1992.

“Obviously there are rules about keeping livestock in the city, they apply to parks just as much as they do to a homeowner. Then there’s logistics … how do you get goats to work in the morning? It’s a little bit more complicated in Calgary than out in the country,” said Chris Manderson, an Urban Conservation Lead at the City of Calgary.

But they did agree to consider the four-legged solution, and will return to the city council in twelve months, with the details addressed. Until then, the city approved $1.7 million Cdn. to continue mowing next summer.