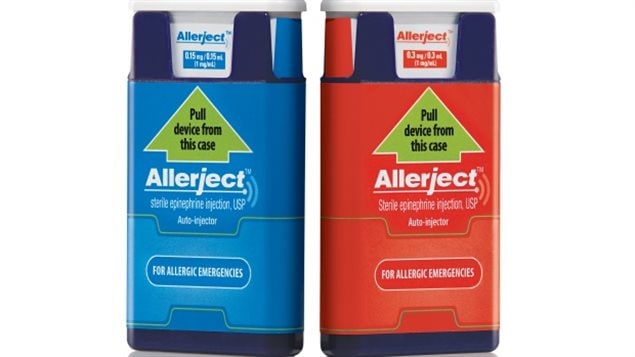 All Allerject injectors have been recalled. The life-saving medicine is used to treat severe allergic reactions to foods, insect stings, drugs and other substances.
Photo Credit: Allerject

People who are severely allergic to certain foods, insect bites, medicines or other substance usually carry epinephrine injectors in case they are accidentally exposed to their trigger allergen.

The problem with Allerject is that it may not deliver the correct amount of the life-saving drug. Sanofi says its subsidiaries in Canada and the U.S. have received  26 reports of suspected device malfunctions from an estimated 2.78 million distributed in North America. No fatalities have been reported.