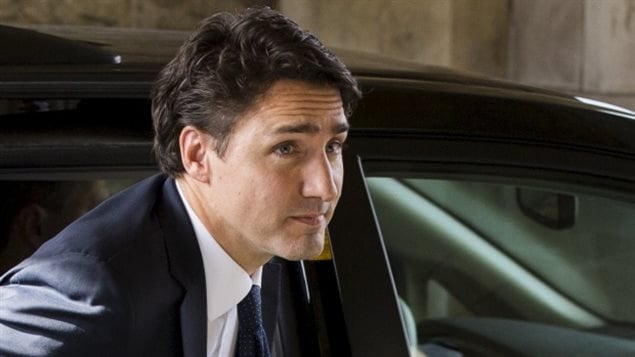 In coming Prime Minister Justin Trudeau has proposed to the top marginal income tax rate on those earning $205,000 or more.
Photo Credit: cbc.ca

Trudeau can move on tax hike for rich: study

Under the Liberal plan, those earning more than $205,000 would enter a new tax bracket of 33 per cent–four per cent higher than the current maximum rate.

In some parts of Canada, the new rates could combine with provincial tax rates to push residents past 50 per cent.

The pledge drew fire from many, including Stephen Harper’s Conservatives, who warned of dire consequences if Trudeau followed through.

But a new study by a left-wing think tank says Trudeau has plenty of room to move forward on a hike.

The Canadian Centre for Policy Alternatives says that compared with the United States, Canada has–on average–become a low-tax jurisdiction for the rich.

The Centre says a new marginal tax rate of 65 per cent for annual incomes over $205,000 could bring up to $19.3-billion into the treasury and still leave the richest Canadians with a tax rate lower than the one they faced 40 years ago.

The Centre notes that during Canada’s high growth years between 1940 and 1980, the top marginal income tax rate was over 70 per cent, well above the current current 29 per cent.

The Centre said the study showed little evidence that higher taxes would drive the wealthy out of Canada.

Trudeau’s Liberals, who trounced the Conservatives to win a majority government on Oct. 19, will be sworn in Nov. 4.