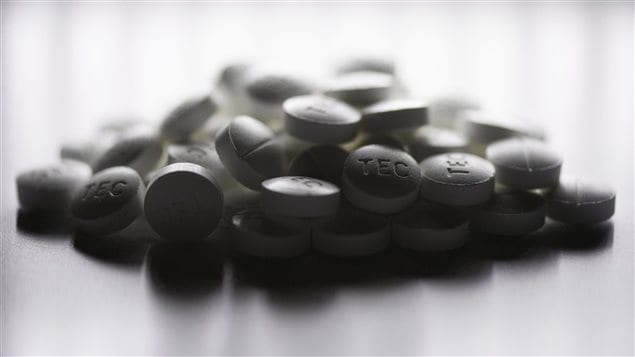 A McGill University study suggests almost 12 per cent of drugs are prescribed for something other than what they were made for.
Photo Credit: Graeme Roy/Canadian Press

Off-label use of drugs common but risky: study

Once a drug is approved for a particular use, doctors may prescribe it for something else altogether, but a new study has found that sharply increases the risk for an adverse reaction.

Electronic records are now being used by ,many doctors across Canada, and that allowed researchers from McGill University to look at 151,305 prescriptions written by doctors in Quebec province between 2005 and 2009.

They found that 11.8 per cent of the drugs were prescribed for something other than what they were designed for. These are so-called off-label prescriptions. Four-fifths of those involved the use of a drug for a condition where there was no scientific evidence to support it. In those cases, there was a 54 per cent greater chance the patient would have an adverse reaction and that sometimes included death.

For example, the drug quinine is used for malaria, but doctors sometimes prescribe it for restless leg syndrome. However, the drug can cause excessive bleeding with sometimes severe consequences and even death.

‘Physicians…need to be very cautious’

“Physicians, I think, need to be very cautious in …practicing off-label prescribing…especially where there is a lack of evidence,” concludes Prof. Tewodros Eguale, who led the research team at McGill University.

“Patients need to be told about their drug treatments,” he adds. They need to know what treatments are available, and whether a particular drug is approved for their condition or whether there is any scientific evidence showing it is useful.

Regulatory agencies should monitor the off-label use of prescriptions, says Eguale. “Even if they don’t control the practice of medicine, Health Canada and other regulatory bodies, I think, have an obligation at least to monitor off-label prescribing because it is their obligation to monitor all drugs.”

The study was published online in JAMA Internal Medicine.