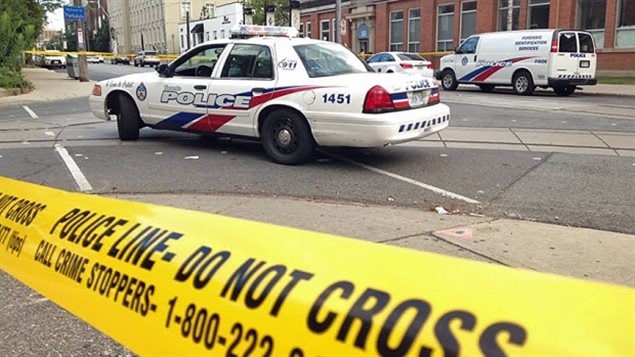 The homicide rate in Canada is at its lowest since 1966.
Photo Credit: Mehrdad Nazarahari/CBC News

The government agency Statistics Canada reports that Canada’s homicide rate in 2014 was unchanged from the year before and is at its lowest level since 1966. This echoes a trend of decreasing murders and crime in western countries.

In spite of this, Canada’s previous, Conservative government adopted a tough-on-crime agenda imposing such things as tougher penalties and mandatory minimum sentences. Some measures were overturned by the courts.

Canadians elected a new Liberal government in October and it is too soon to say whether it will turn back some of the Conservatives’ measures.

Police reported 516 murders last year, only four more than the year before. The western province of Manitoba had the highest rate and the eastern province of Newfoundland and Labrador had the lowest. Canada has a total population of 35 million.

A disproportionate number—almost one quarter—of murder victims were aboriginals. Most of the murders were committed by someone who knew the victim.