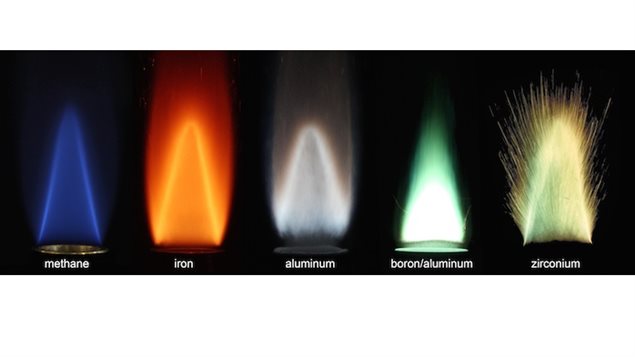 Metal as an alternative to fossil fuel?

Renewable energy like wind, solar, and tidal, etc are designed to produce electricity.

But long term electrical storage is still a problem as we seek alternatives to petroleum-based fuels.

Jeff Bergthorson (PhD) says powdered metal may be an option. He is an Associate Professor in the Department of Mechanical Engineering at McGill University in Montreal, and Associate-Director of the Trottier Institute for Sustainability in Engineering and Design.

Professor Bergthorson is the lead author of paper co-authored by five other McGill researchers, and one from the European Space Agency in the Netherlands. It was published in the journal Applied Energy in the December 15 edition entitled, Direct combustion of recyclable metal fuels for zero-carbon heat and power

In terms of renewable energies and other alternatives Professor Bergthorson says, “Biofuels can be part of the solution, but won’t be able to satisfy all the demand; hydrogen requires big, heavy fuel tanks and is explosive, and batteries are too bulky and don’t store enough energy for many applications”.

He points out that powdered metal has been used in fireworks for centuries and has long been used in solid fuels for rockets. It has a great deal of potential energy, and can be stored until needed.

Bergthorson notes that metals, like petroleum, aren’t energy sources themselves, they are instead “stored energy”.  In the case of metals, ideally a renewable source such as solar panels or wind turbines would take the energy from sun or wind, and use it (converting it) into the making of the powdered metals. Thus the metal, like petroleum, becomes a long-term storable energy reserve, although much safer as well.

Presently electricity is costly to send over long distances and requires significant infrastructure in terms of long thick wires, and big supporting towers across landscapes of hundreds of kilometres. In addition, it can’t be sent overseas.

As we have come to learn, a big drawback with current fossil fuel engines, or “internal combustion engines” are their emissions. The carbon dioxide emissions lead to the greenhouse effect, but other toxic emissions can affect human health as well as causing acid rain and smog. .

The burnt metal fuels however form stable, nontoxic solid-oxide products that can be collected relatively easily for recycling. Only a small amount of nitrous oxide would be produced and Professor Bergthorson says that this should not be hard to pass through scrubbers to result in low to zero emissions.

Metallic powders would be used in external combustion engines. These could be for example in places like the huge cargo ships plying the oceans, or in stationary power plants.

He has been experimenting with various metals ground to an extremely fine powder, akin to the texture of flour or icing sugar. Once ignited, the flames are self-sustaining, i.e. the heat they produce continues to ignite the incoming powdered fuel.

In current internal combustion engines, about 30 percent of the fuel energy can be captured mechanically to power things like car engines.

Bergthorson says metal powered engines should be able to at least achieve that level and probably more.

Now that the McGill team has shown the flame can be stabilized in a flow of tiny metal particles suspended in air, the next step, he says, is to develop a larger prototype system with a combustor coupled to a heat engine to demonstrate the technology.  Such progress could led to more interest from other researchers and create further innovations and cost-reductions in the technology.