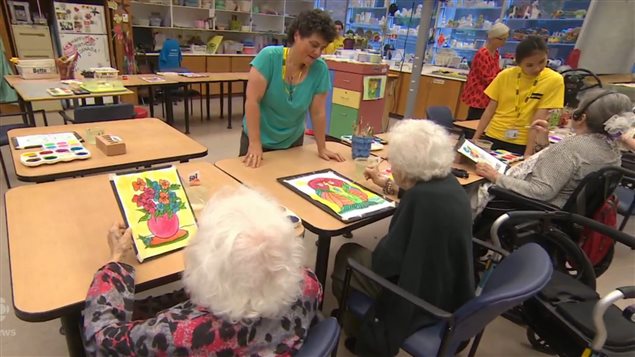 About 747,000 Canadians have some form of dementia. The number may rise to 1.4 million in 15 years.
Photo Credit: CBC

There are many misconceptions and outdated attitudes towards dementia, says Mary Schulz, education director at the Alzheimer Society of Canada. The society has just kicked off a social-media campaign to reduce the stigma around the disease.

Stigma can be worse than the diagnosis

About 747,000 Canadians have some form of dementia and the number is expected to rise to 1.4 million in the next 15 years. It is very difficult for people when they are diagnosed with dementia, but many say the attitude they face when they tell others is even harder to take.

Schulz says, a July 2015 survey confirms that many Canadians have misconceptions about dementia. Forty-seven per cent of Canadians said they believe a person with dementia cannot live well.

Countering the myth that life is over

The “Still Here” campaign is designed to dispel what Schulz says are common myths “that people with dementia, once they are diagnosed really their life is over, that there really is nothing more to live for, nothing more to look forward to. And we know that that’s not true.

“People with dementia can live a very long time–five, 10, 15 even 20 years after diagnosis and, while there are lots of challenges with that, certainly people are contributing to their communities, they stay involved in their families, they volunteer, some of them work for quite a while. So certainly that notion that life comes to an end upon diagnosis is just not true.”

The campaign invites people to get up-to-date information about Alzheimer’s disease and other forms to dementia, to hear affected people’s stories, and to reach out to offer support.