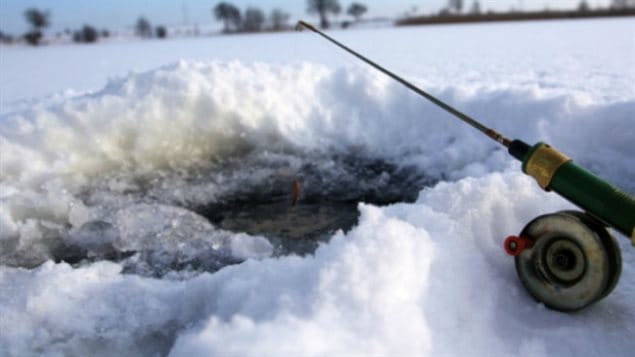 Making holes in the ice to save fish could leave anglers and the Alberta Conservation Association liable for criminal charges.
Photo Credit: CBC

People who like to fish in winter drill holes in the ice on lakes, but it turns out they could face legal charges for doing so, reports CBC. The western province of Alberta has many shallow lakes that are prone to winterkill. That occurs when an early freeze combined with heavy snow robs a lake of oxygen, which in turn, can kill fish.

Many holes may be drilled in a lake by anglers to allow oxygen in and to keep the fish alive. The problem is that this can weaken the ice covering a lake posing a danger for people who ski or drive over it in snowmobiles or other vehicles.

The Alberta Conservation Association (ACA) is warning anglers that it and they could face charges of manslaughter under the Criminal Code of Canada if someone were to die after falling through weakened ice.

“That’s a lot to risk for anybody.”

The news is frustrating, says Zimmerling, because the association had been hoping to aerate new lakes to open up more fishing opportunities for anglers. The ACA may ask the Canadian government to change the wording of section 263 of the Criminal Code to exclude the aeration of lakes.