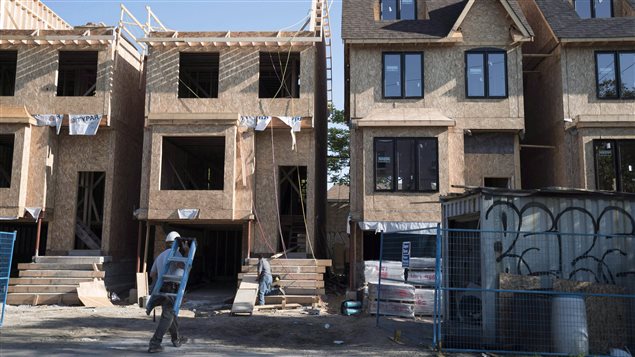 Canadians hesitant to invest, even in housing

Canadians are becoming increasingly wary of investing their money not only in mutual funds and other investment vehicles but also in housing, according to a newly released survey.

The semi-annual survey conducted in December for Manulife’s Investor Sentiment Index shows that investor confidence in Canada has dropped to the lowest point since the 2008 financial crisis.

“The index was sitting at a reading of 16 at the end of December and during the crisis we were seeing readings in five to 11 range,” said Frances Donald, Senior Economist, Manulife Asset Management. “So we aren’t quite there yet in terms of crisis-level pessimism but the steady deterioration in sentiment over the past year has been quite noticeable.”

(click to listen to the interview with Frances Donald)
Listen

The online survey of 2,252 respondents conducted by Environics Research also revealed that along with eroding investor sentiment, many Canadians feel that they are in a worse financial shape than they were two years ago, Donald said.

“From my point of view one of the most striking findings was the ongoing loss in appetite to invest in one’s own home but also in investment properties,” Donald said.

“Our sense is that in most of the country house prices continue to rise and the growing perception among Canadians could be that housing has become overvalued, so the homeowners may be feeling that the additional benefits of investing further in their own home will not be reflected in the future values of their homes.” 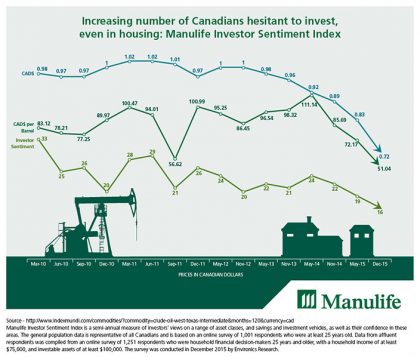 Investors are facing a long list of uncertainties that are compounding on top of each other, Donald said.

“We’ve had a fairly substantial drop in the value of the Canadian dollar, we’ve seen a similarly large drop in oil prices, Canadian stocks have been under pressure, we’re also awaiting some important domestic information in the form of a government fiscal stimulus, and we’re seeing ongoing job losses in certain areas of the country,” Donald said. “So there is a lot to be nervous about.”

Investors in Ontario and the Atlantic provinces were the most optimistic, while Quebec ranked lowest and Alberta ranked second lowest. But the fact the investment sentiment has fallen across the country, tells us that the loss of investor confidence isn’t just about the oil patch, it’s a national phenomenon, Donald said.

Canadian investors are likely to gain a lot more clarity about the state of the economy over the next few months, especially, as the government unveils its fiscal stimulus package in the upcoming budget, Donald said.