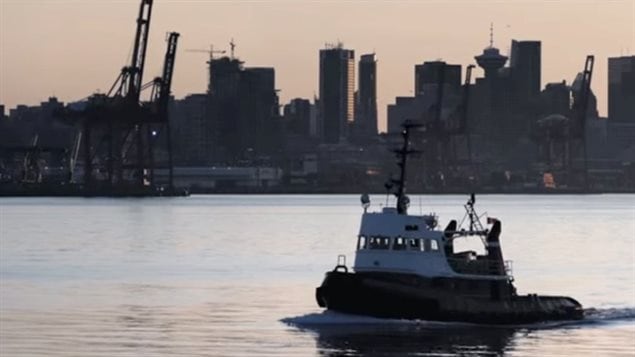 Video of a tugboat with a Canadian flag and Vancouver in the background is part of Marco Rubio’s campaign to run for president of the United States.
Photo Credit: Marco Rubio/YouTube

It may delight Canadians to know that a video featured in a campaign ad for a U.S. presidential candidate actually contains a waterfront image of the Canadian city of Vancouver. The ad for Republican candidate Marco Rubio begins with a voice-over intoning “It’s morning again in America.” But in the shot there is a tugboat which appears to be flying a Canadian flag.

This is particularly amusing for Canadians who often feel overshadowed by the all-powerful United States to the south. It is common to lament Americans’ utter lack of knowledge about Canada. Some comedians have gone so far as to film themselves questioning Americans about Canada and highlighting some hilarious answers. One even involved George W. Bush.

Rubio’s ad says the country is “vulnerable, divided, and diminished.” Wait…does his country include Canada? And is that why he thinks it’s divided?

Videographer had no idea

Vancouver-based videographer Guy Chavasse told CBC news he shot the scene last August from a viewing tower in Vancouver and he had no idea it would be used by Rubio’s campaign. He works as a freelancer and posts his material on stock photo and video sites.

Canada gets more attention than usual

Canadians may also be amused by the fact that some Americans say another presidential candidate, Ted Cruz, should not be allowed to run because he was born in the Canadian city of Calgary. It’s been a while since Canada got so much attention from Americans.

(With files from CBC and Canadian Press)