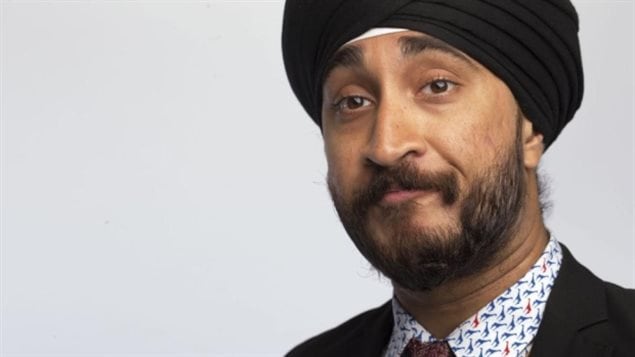 Jus Reign, aka Jasmeet Singh, wears a turban as a part of his Sikh faith. "It is not a hat," he said, after an unpleasant experience with security at San Francisco airport yesterday.
Photo Credit: CBC/Twitter / Jasmeet Singh

Jus Reign forced to remove his turban at airport

Jus Reign, as he’s known to his millions of YouTube followers, was travelling home to Toronto yesterday when security officers at San Francisco airport made him take off his turban before boarding an imminent connecting flight.

In an interview with CBC radio this morning, the Canadian comedian, identified as Jasmeet Singh on his passport, relayed the incident without humour.

He told host, Matt Galloway, that he’d already passed through the body-scan machine and had been patted down, head to toe, with the metal detector, when he was asked to step into a private room.

When he objected to the time-consuming process of having to remove his turban and asked to speak to a manager he said no one was in a hurry to accomodate him. He explained that “a turban is not a shoe or a hat”.  It’s a religious symbol that is treated with reverence and respect in the Sikh faith and can take 10 to 15 minutes to put on again.

When he asked for a mirror to put his turban back on, his request was dismissed and he was told there was a bathroom out in the terminal. Jasmeet Singh says it is a private matter. He said he knows many Sikhs who would not have been able to walk in public without the spiritual cloth turban.

Jasmeet Singh says his main concern is the lack of education and cultural training for American security agents.

This is the second such experience for a Sikh in less than a month. Waris Ahluwalia, an actor, most recently in Deepa Mehta‘s Beeba Boys, and familiar to many from Wes Anderson’s films, was barred from boarding a Mexican airlines flight home to New York on February 8, after he refused to remove his turban in public. At the time he said it was like asking someone to remove their underwear in public. Ahluwalia was delayed a day until the airline apologized and promised to revamp its policies.

It is indeed a matter of education as the United States Transportation Security Administration updated its guidelines in 2010 which allow people with head wraps to travel without taking them off.

Jasmeet Singh said his experience might have been better had security at San Francisco’s international airport known more about the Sikh garb and customs. And it appears its own TSA rules.

The comedian has been frank and forthcoming about Sikh traditions, including a comic take on how one puts on a turban. But it doesn’t appear there are many laughs to be mined from this experience.