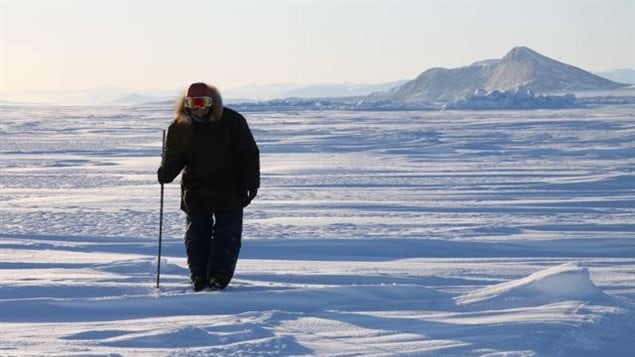 Canada’s highest court has agreed to hear an appeal against seismic testing in Arctic waters between Canada and Greenland brought by the Inuit hamlet of Clyde River in Canada’s Arctic territory of Nunavut.

The residents of Clyde River, an Inuit settlement on the northeastern coast of Baffin Island, want the Supreme Court of Canada to revoke the permit granted to Petroleum Geo-Services Inc. (PGS), Multi Klient Invest (MKI), TGS-NOPEC Geophysical Company ASA (TGS) by the National Energy Board (NEB) in June of 2014 to conduct a seismic testing project to detect and measure the presence of petroleum and natural gas deposits in Baffin Bay and Davis Strait.

They argue they have never been properly consulted about the proposed seismic survey, which would involve “detonating air guns that are 100,000 time louder than a jet engine for 24 hours a day for five months per year for a period of five years” and would cause irreparable harm to their way of life.

Jerry Natanine, the former mayor of Clyde River and one of the driving forces behind the movement to oppose seismic testing in Baffin Bay, said he could hardly believe the news, which comes as a huge confidence booster after difficult losses in lower courts.

“The Supreme Court wanting to hear our case brings up my spirit again and I’m even more confident now that we are in the right, justice is on our side and we believe we’re doing the right thing,” Natanine said speaking on the phone from his house in Clyde River Thursday morning.

(click to listen to the full interview with Jerry Natanine)

Nader Hasan, a constitutional lawyer who represents the residents of Clyde River the Supreme Court, said decision to hear the case was “is a very important first step.”

“The fact that the Supreme Court of Canada has granted a leave to appeal means that the highest court in our land recognizes that this is an issue of national importance,” Hasan said in an interview with Eye on the Arctic.

(click to listen to the full interview with Nader Hasan)

The Supreme Court takes only about five to ten per cent of applications brought before them Hasan said.

Given that the Supreme Court appeal is likely to take several months, the applicants will have to seek some kind of a relief from the court for temporary stop to seismic testing, which is scheduled to go ahead this summer in Baffin Bay and Davies Strait, Hasan said.

“We may not have to seek a formal order if I can get agreement from the seismic testing companies that they should put their plans on hold given that the Supreme Court of Canada is going to be speaking on this issue,” Hasan said. “They know as well as we do that once seismic testing begins, the harm caused by seismic testing to marine life and Inuit food security that harm cannot be undone, so it’s crucial that the status quo on the ground be preserved until our highest court speaks to this issue.”

The lead lawyer representing two of the three companies named in the application was travelling Thursday and was not available to comment on the decision.

In their written submission to the Supreme Court the seismic survey companies dismissed concerns over the effects of seismic testing on marine life as “a dramatic overgeneralization” that is not based on scientific facts.

“The NEB’s Environmental Assessment Report concluded that concerns regarding potential environmental effects of the Project could be adequately mitigated,” their written submission said.

The case brought by Clyde River residents against the consortium of seismic testing companies and the federal government will set precedents in many areas of the law, Hasan said.

It will also be a huge precedent for aboriginal rights more generally, Hasan said.

“One of our main arguments is that the duty to consult is owed by the crown and by the government to Aboriginal peoples or Inuit peoples, and that the government can’t simply delegate consultation to self-interested energy companies,” Hasan said. “And that’s what really happened in this case: you had the energy companies speaking to various Inuit organizations on the ground in Nunavut but the federal government, the Harper government, took a completely hands-off approach.”

The three companies named in the application argue instead that they conducted exhaustive four-year long consultations with local organizations and the NEB carried out a “robust environmental assessment and review process.”

“At the end of this process, the NEB concluded the Project was not likely to cause significant adverse environmental effects in light of the mitigation measures proposed by the Proponents,” the lawyers for the companies wrote in their written submission to the Supreme Court. “During the course of the environmental assessment process, the NEB also oversaw and facilitated extensive consultation with Aboriginal groups in relation to the Project. The Applicants actively participated in this process.”

The issue of duty to consult will be front and centre in the appeal by Clyde River residents, Hasan said.

“So regardless which way the court rules, this case will be important going forward in all duty to consult cases,” Hasan said, “which nowadays is virtually every case that involves a large extraction project, because all extraction projects, whether it’s a pipeline, offshore testing or oil exploration will affect aboriginal rights.”

‘The right to eat’

Hasan said he feels personally invested and passionate about the issue which affects the most basic needs of his clients.

“As a constitutional lawyer I dress it up in terms of constitutional principles,” Hasan said. “But for my clients this case is about the right to eat.”

Baffin Bay is home to several marine species that the local Inuit population depends on for its food, Natanine said.

“The biggest fear we have, I have, is that the seismic blasting could change the migration routes of the whales or the seals, kill a lot of halibut or other sea creatures,” Natanine said. “That’s been our biggest fear because we live off the ocean.”

Seal meat is the mainstay of the Inuit diet not just in Clyde River but in all communities along the coast. Unlike store food, the food that hunters and fishers get off the land and sea, or “country food” as it is referred to in Canada’s Arctic communities, is never sold.

“There is a lot of sharing,” Natanine said. “If someone catches an animal, a whale or a seal, they’ll share the meat freely with people who might want it, and this tradition of sharing food and sharing catch is still very alive and being practiced by people today, and it’s our way of life.”

With food prices in Nunavut and Clyde River in particular being prohibitively expensive, his clients cannot just walk into a grocery food and buy all their nutritious food, Hasan said.

Ordinarily, an appeal at the Supreme Court takes a number of months to get heard and then even longer for the court to render a decision. The applicants have 12 weeks to submit their written argument materials called a factum. Then the opposing side has eight weeks to submit their written arguments, after which the Supreme Court will set a date for a hearing, usually in about six months from that point, Hasan said.